Faeces throwing taken to the streets as protesters block highway 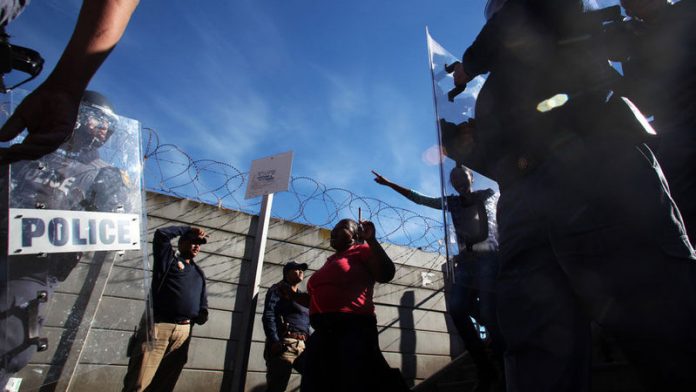 Lieutenant colonel Andre Traut said the highway, near the Mew Way off-ramp, was closed at various stages on Friday morning because of the protests, which started late on Thursday night.

Residents burned tyres, blocked the highway with objects and threw human faeces onto the road.

"Police members were deployed to the area to maintain law and order, and at around 5am the road was finally reopened," he said.

Protests about sanitation issues in Cape Town have resulted in numerous closures of the N2 and arrests for dumping human waste.

ANC councillor Loyiso Nkhola and former councillor Andile Lili were among those arrested.

All were eventually released on warning.

Aviation loss of around R500 000
At the bail hearing of some of the alleged "ringleaders", police revealed that 17 dockets had been opened for similar protests along the N2 since February.

Between April 10 and May 22, this stretch of highway was closed for almost 40 hours.

In a letter read to the court, assistant airport operations manager Mark Maclean revealed that the protests had resulted in 10 hours of delays, amounting to an aviation loss of around R500 000.

In the latest development, nine men were arrested on Tuesday afternoon for allegedly dumping human waste at the airport and attempting to flee.

The Cape Times reported that Nkhola and Lili were in the group and that they would be detained until their bail hearing on Tuesday. – Sapa