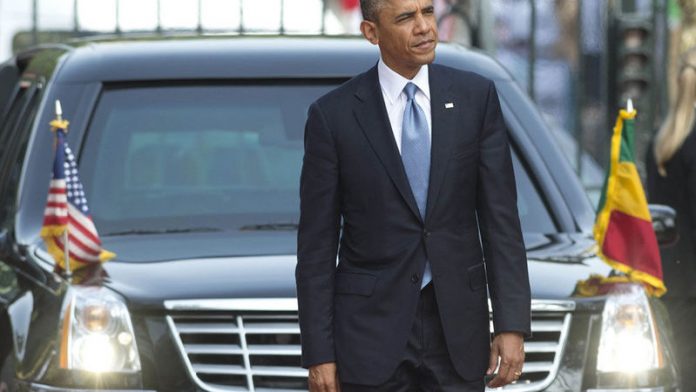 US President Barack Obama's backing of equal gay rights came face to face with the reality of a continent that largely criminalises same-sex relationships.

The delicate subject cropped up on Thursday in Senegal on Obama's first stop of a three-country tour where he told Africans that gay people deserve equality under the law.

"I want the African people to just hear what I believe," said Obama, speaking in one of Africa's 38 states that outlaw homosexuality.

His Senegalese counterpart Macky Sall responded that though Senegal was "very tolerant", it was "not ready yet to decriminalise homosexuality".

"Religious leaders too, sometimes influenced by US-based churches, have contributed to the climate of fear and loathing," rights group Amnesty International said.

Targeting sexual minorities
Emira Woods of the Institute for Policy Studies in Washington said America's right-wing churches were part of the problem in the targeting of sexual minorities in Africa.

These had "financed and really sustained the voices of a very draconian view of the world and harsh and harmful discrimination of sexual minorities", she said.

"So I think the US, particularly in those instances, had a greater burden to shift the balance away from the right-wing evangelical toward a much more human policy and practice."

Obama's visit comes amid fresh warnings on discrimination faced by gays in Africa.

Even in South Africa, the only country that allows same-sex marriage, black lesbians are often targeted for "corrective rape" by men trying to "cure" their homosexuality.

Other cases include two men in Zambia on trial for sodomy which carries a potential 14-year sentence, and the arrest of an activist for lobbying for gay rights on live television.

Improve gay rights abroad
Obama's backing of equal gay rights is also seen as aimed at voters who have been disappointed in other areas.

"It's a strategy that really speaks to a deep and growing constituency in the US, and it is important for a party that is longing to pay attention to its constituency," said Woods.

"And clearly the movement for LGBTI [lesbian, gay, bisexual, transgender and intersex] rights is a growing and vibrant part of the American social fabric and the Democratic Party."

Amnesty International's director of law and policy Michael Bochenek said it was easier to lobby for an end to discrimination than to push for measures such as health or jobs.

"It doesn't mean that they shouldn't do it," he added.

Ramping up its support for gay rights in 2011 with intense lobbying at the United Nations, the US also said foreign aid should be used as a tool to improve gay rights abroad.

Death threats
In February, a Cameroonian lawyer who received death threats for defending gays and lesbians sought refuge in the US and was supported with a fund created in 2011 to protect rights of gays around the world.

Speaking in Washington last week to an association for gays and lesbian employees of the US diplomatic agencies, Secretary of State John Kerry spoke of a "moral obligation" against abuse.