2-Chainz: Not for the faint-hearted, and he’s on his way to SA 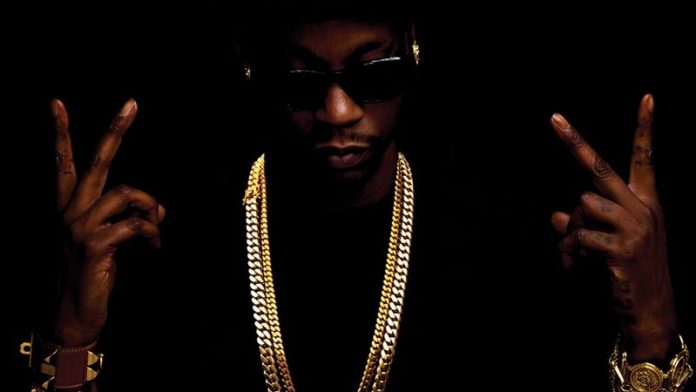 2 Chainz is making his way to South African shores as part of alcohol brand Miller’s 10th birthday edition celebrations, which take place at two exclusive parties in Johannesburg and the Durban July.

Not sure who 2 Chainz is? Tauheed Epps goes by the stage name 2 Chainz, formerly Tity Boi. Critics and fans criticised the rappers monocher "Tity Boi" as being derogatory towards women, something the rapper has repeatedly denied. He later decided to change his stage name to 2 Chainz, something he thought would be more "family friendly".

The rapper went on to make guest appearances on Kanye West’s Mercy and Nicki Minaj’s Beez in the Trap. After he signed a single record deal with Def Jam Records, he released his début album Based on a T.R.U. Story, which featured hits No Lie (really, this isn’t Drake’s song) and Birthday Song, featuring Kanye West.

The album débuted at number one on the US Billboard 200, sold 147 000 copies in its first week and remained in the top 50 of the Billboard 200 in its first 13 weeks of sale. It was nominated for best rap album at the 55th Grammy Awards. Singles No Lie and I’m Different were certified platinum and Birthday Song gold.

Since then, rumours have surfaced that 2 Chainz has been signed to Kanye West's G.O.O.D Music label after a tweet by West:  "2 Chainz is charging 100k for a verse now cause he's G.O.O.D!!!!!"

The label is home to artists such as West, Big Sean, Pusha T, Mos Def, John Legend, D'banj and Mr Hudson, among others.  But the rapper has denied being signed to the label.

Kicking off the alcohol brand Miller’s 10th Birthday Edition celebrations, 2 Chainz is performing at an invite-only party held at an undisclosed venue in Jo'burg central on Friday July 4 and the Durban July Miller Boomtown, previously known as the Miller Marquee the following Saturday. VVIP tickets are R2 500, VIP R1 600, general access tickets are R550 and a ticket exclusive to 18 to 21 year olds at R350. A series of hospitality packages are available on http://www.computicket.co.za.