Assange: Classified info from Snowden will keep getting published 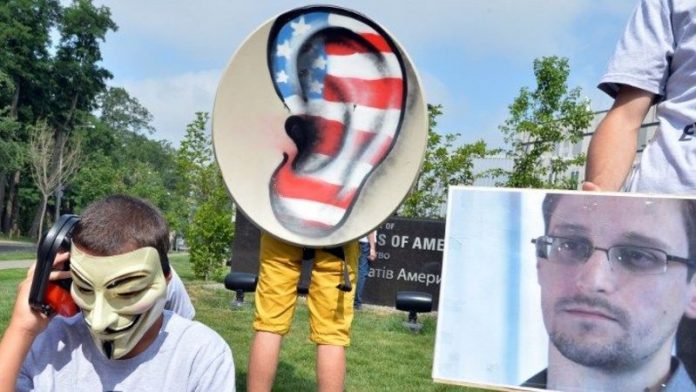 Assange on Monday criticised the United States for revoking Snowden's passport and said it would not stop the classified information taken by the 30-year-old former contractor from getting out.

"Look, there is no stopping the publishing process at this stage," Assange said in an interview with ABC's This Week television show.

"Great care has been taken to make sure that Mr Snowden can't be pressured by any state to stop the publication process."

He did not directly respond when asked if WikiLeaks was in possession of the files.

Last week, Glenn Greenwald, the Guardian journalist who first published the classified information released by Snowden, said Snowden had made encrypted copies of his files and distributed them in case anything happened to him.

Greenwald told the Daily Beast that the people in possession of these files "cannot access them yet because they are highly encrypted and they do not have the passwords".

But Greenwald said "if anything happens at all to Edward Snowden, he told me he has arranged for them to get access to the full archives".

Flight to Moscow
Snowden left his job as a National Security Agency (NSA) contractor in Hawaii last month and went to Hong Kong before the Guardian newspaper and the Washington Post published articles based on top-secret documents he took from the government that detailed US surveillance programmes.

After hiding in Hong Kong he fled to Moscow, where he remains in hiding at the Sheremetyevo airport.

The US government has charged Snowden under the 1917 Espionage Act with theft and passing classified communications to an "unauthorised person".

Snowden is currently stuck in legal limbo in a transit area of the Moscow airport.

Assange said Snowden, who has sought legal advice from WikiLeaks, has requested asylum in Ecuador.

But Snowden's passport was revoked by Washington, and an Ecuadorean travel document he used to travel to Russia from Hong Kong has been declared invalid by Ecuador's President Rafael Correa.

Correa told Reuters in Ecuador on Sunday that Snowden's fate is in the hands of Russian authorities.

He said Quito cannot begin considering asylum for Snowden until he reaches Ecuador or an Ecuadorean embassy.

Marooned
Assange sought asylum from Ecuador last year and is living in Ecuador's London embassy to avoid being extradited to Sweden, which wants to question him about allegations of sexual assault and rape.

Assange said the United States had "marooned" Snowden in Russia by revoking his passport.

"Is that really a great outcome by the state department?" Assange asked, saying that Washington had put Snowden through a "meat grinder" although "Mr Snowden has not been convicted of anything".

In a separate interview, President Barack Obama's national security adviser, Tom Donilon, said since Snowden was not travelling on valid papers he should be returned to the United States "because he's wanted here for a crime".

Donilon said Washington had been in discussions with the Russian government through law enforcement channels on a regular basis about Snowden.

"And I have to agree with [Russia's] President [Vladimir] Putin … when he said the other day that it would be better for Mr Snowden to decide … when he's leaving  … sooner rather than later," Donilon said on CNN's Fareed Zakaria GPS.

"We agree with … that the sooner that this can be resolved, the better." – Reuters