Economic week ahead: China, US and lots in between 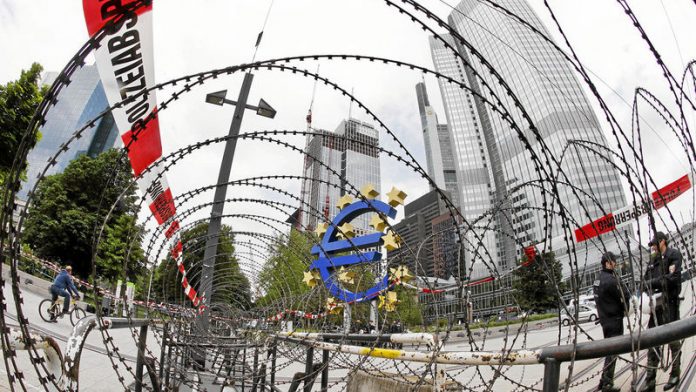 In between, the European Central Bank, Bank of England, Reserve Bank of Australia and Bank of Uganda will all announce policy decisions. Here is your guide to the data releases, central bank meetings and other events likely to move markets over the coming days.

United States
America's data week will begin with the Institute for Supply Management (ISM)'s release of its June manufacturing index on Monday. Markets are expecting the purchasing managers' index (PMI) to rise to the 50-mark separating expansion from contraction, up from 49.0 in May.

The ISM's non-manufacturing report will follow on Wednesday. Consensus is that the PMI rose to 54.0 in June from 53.7 in May.

American markets will be closed on Thursday in observance of Independence Day. When economists and investors return to their desks on Friday, they will pay close attention to June's employment situation report.

Markets are interested in the monthly jobs report for two reasons. First, it provides information on the state of recovery in the world's largest economy. Second, Federal Reserve policymakers have indicated that the massive stimulus they are providing is explicitly tied to the strength of America's labour market.

In an environment where markets are addicted to central bank assistance, "good" jobs news may not be well-received as stronger jobs numbers could bring forward the "tapering" of the central bank's asset purchase programme. This probably is not a concern this week.

The median forecast of economists surveyed by Dow Jones is that America's nonfarm payrolls grew by 155 000 in June, down from 175 000 positions in May. The country's unemployment rate probably fell to 7.5% in June from 7.6% in May.

Europe
Croatia will become the European Union (EU)'s 28th member on Monday. With a projected budget deficit for this year well above the EU's ceiling, and high public debt levels, most economists expect the country to be placed under the EU's excessive deficit procedure (EDP) shortly.

Monday will also bring Europe's first significant data release of the week, June's final manufacturing purchasing managers' index (PMI) reading for the 17-member euro zone. The currency bloc's services sector PMI will follow on Wednesday. Consensus is that both forward-looking indices will remain below the 50-mark separating expansion from contraction.

On Tuesday, Austria will hold the first of the week's bond sales, offering €1.65-billion in bonds maturing in January 2018 and May 2034. Germany – the continent's largest economy – will follow to market on Wednesday with an offer of €4.0-billion in federal notes.

On Thursday, attention will shift to bond sales in France and Spain and to policy announcements from the continent's two most powerful central banks.

Analysts expect no policy changes from the European Central Bank (ECB). Markets will nevertheless watch bank chief Mario Draghi's post-meeting press conference closely, on the look-out for reassurance that the ECB will leave its accommodative monetary policy in place for the foreseeable future.

The Bank of England is also expected to hold steady at this week's policy meeting, the first chaired by new governor Mark Carney. A recent poll by Reuters found that 40% of economists expect officials to increase the size of the bank's £375-billion asset purchase programme by year's end, but few expect policymakers to do so at this week's meeting.

Asia
Asia's economic week began on Monday with the release of two manufacturing purchasing managers' indices (PMIs) in China. Both pointed to a further slowdown in the world's second largest economy.

Data from the National Bureau of Statistics showed that China's official PMI fell to 50.1 in June from 50.8 in May. A sub-index measuring new orders fell to 50.4 from 51.8 over the same period, indicating weaker demand for Chinese goods.

Taken together, these two reports are likely to confirm economists' suspicions that data released over the next two weeks will show that China's economy slowed even further from the 7.7% growth recorded in the first quarter of 2013.

This will not be welcome news to officials in Australia, whose economy is heavily dependent on Chinese demand for growth. China will undoubtedly be forefront in the minds of policymakers at the Reserve Bank of Australia (RBA) as they meet to consider interest rates on Tuesday.

Most economists expect that the central bank will leave rates on hold this week after cutting its cash-rate target to a record low of 2.75% in May. Despite sitting on their hands this week, officials are likely to remain biased toward further easing later in the year.

Africa
The Bank of Uganda will announce this month's rates decision on Tuesday. Policymakers surprised markets with a one percentage point cut to the bank's benchmark rate in June – the first rate reduction of the year – but are not expected to make any changes to policy this week.

Although last month's rate cut is likely to have some inflationary effects, still subdued domestic demand should keep price pressures in check. Officials are likely to remain focused on core inflation – which excludes food crops, fuel, electricity and metered water – in their future policy deliberations. Core inflation fell to 5.5% in June from a year earlier from 5.6% in May but, stubbornly, remained above the bank's 5.0% medium-term target.

Investors will also be on the lookout for PMI figures on Monday and vehicle sales figures on Tuesday from South Africa, the continent's largest economy. Africa's number two economy, Nigeria, will release trade balance figures on Friday.

Elsewhere on the continent, Egypt is expected to release last month's gross official reserves figures this week. Foreign currency reserves climbed to $16.0-billion in May from $14.4-billion in April. But as protests flare up again in the country, the Egyptian pound is likely to come under increased pressure, further straining the central bank's precarious reserve situation.

A wave of protest actions in December caused a currency crisis that cost the Egyptian government $2-billion to bring under control and caused the central bank to abandon its policy or a freely convertible currency. Since the 2011 uprising that ousted Hosni Mubarak's government from power, Egypt has spent more than $20-billion in reserves to support the pound.

To stave off a multi-generational malnutrition crisis, the food industry must work with government to provide highly nutritious foods at cost during the pandemic
Read more
Article

M&G Media is seeking a new Editor-in-Chief for all of its platforms and publications.
Read more
Special Reports

Loneliness can seem like a hopeless hole that increases anxiety, depression, fears or thoughts of suicide
Read more
Advertising
Continue to the category
Africa