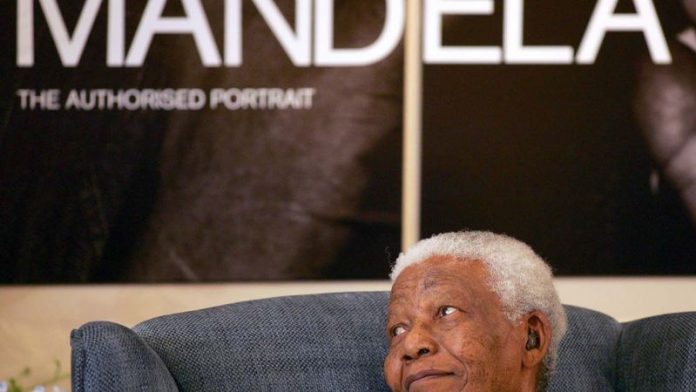 Ailing former president Nelson Mandela is still in a critical, but stable condition, the presidency said on Monday.

"We remind all South Africans to begin planning for Madiba's birthday on 18 July," it said.

"We must all be able to do something good for humanity on this day, in tribute to our former president."

Zuma thanked everyone who had kept Mandela and his family in their thoughts and prayers.

The anti-apartheid icon was admitted to a Pretoria hospital on June 8 with a recurring lung infection. When he was admitted to hospital, the presidency described his condition as serious, but stable.

However, on June 23, after Zuma and ANC deputy president Cyril Ramaphosa visited Mandela, the presidency announced that his condition had deteriorated.

"The condition of former president Nelson Mandela, who is still in hospital in Pretoria, has become critical," spokesperson Mac Maharaj said in a statement at the time.

Prayers from around the world
He said Mandela's doctors had told Zuma and Ramaphosa that his condition had become critical in the past 24 hours.

Zuma visited him again on June 26. In an official update the following day, the presidency said Mandela's condition had improved, but remained critical, but stable.

After the visit, Zuma cancelled his trip to Mozambique, where he was due to attend a Southern African Development Community infrastructure investment conference.

Meanwhile, a steady flow of family members had visited Mandela at the Mediclinic Heart Hospital, in Pretoria, since his admission.

People from different religions around the world continued praying on Monday for his recovery.

In the United Kingdom, Westminister Abbey said on its website that daily prayers were being carried out for Mandela.

"Prayers for the former president of South Africa … are being included in daily Eucharists at Westminster Abbey.

"The Church of England has published a prayer for use by individuals and communities of prayer."

Vigil for Madiba
The prayer asks God to "look with mercy on Madiba Mandela and on all your children in South Africa".

The abbey has been the coronation church since 1066 and is the final resting place of 17 monarchs.

In Dublin, at the Christ Church Cathedral, a prayer vigil was held for Mandela last week.

"The service drew people from all over Dublin City," its said on its website.

"As people, communities, organisations and countries come together to pray for this venerable personality who has been a torchlight of knowledge and an example of outstanding character and values, Christ Church has invited all friends and neighbours to come and join them to sing, speak, light candles and pray collectively as one for Nelson Mandela," Reverend Dermot Dunne said on the website.

He led prayers for Mandela, honouring the example he set and praying for him "at this critical moment in his life".

He prayed for the Mandela family and the people of South Africa to continue their "great journey of nation building".

The service concluded with a rendition of the South African national anthem.

'Inspired all of humanity'
The Islamic Society of North America also urged its members to pray for Madiba.

The Islamic Society of North America "remembers his historical contribution as a fighter for freedom and human solidarity", it said on its website.

"Mandela not only led his people to victory against apartheid but also inspired all of humanity with his unwavering commitment to reconciliation and forgiveness."

The society applauded the 94-year-old statesman for his "special qualities" as a leader and a "model of virtue, integrity, and sincerity".

"We join the South African nation, Muslims of South Africa, and the whole human family in fully identifying with his life-long struggle and spirit of sacrifice, and we pray to Allah that his legacy will continue to emblazon the people of South Africa and the world."

South Africa's chief Rabbi Warren Goldstein was quoted as saying on the JewishJournal.com website: "The prayers and thoughts of the South African Jewish community are with former president Nelson Mandela and his family at this difficult time."

In Nevada, in the US, leaders of various religions gathered on June 16 for a multi-faith prayer service for the Nobel laureate. It was organised by the Rehoboth Holy Temple and the Universal Society of Hinduism.

Meanwhile, it was quiet on Monday afternoon outside the Mediclinic Heart Hospital, in Pretoria.

Passersby took pictures of get-well messages left on the wall of the hospital on Celliers street in Sunnyside.

International journalists, who have set camp along the street, continued to broadcast live from there.

Residents in nearby flats moved up and down the street trying to get the latest news on Mandela from journalists. – Sapa