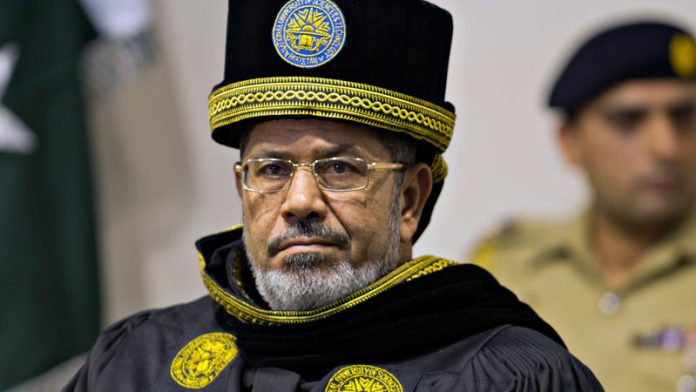 In the ultimatum issued on Monday, the army warned Egypt's Islamist President Mohamed Morsi it would intervene if he failed to meet the demands of the people within 48 hours.

In a statement, the presidency on Tuesday said the army declaration, which had not been cleared by the presidency, could cause confusion and the presidency would continue on its own path towards national reconciliation.

The statement denounced "any declaration that would deepen division" and "threaten the social peace" in the country.

Morsi was consulting "with all national forces to secure the path of democratic change and the protection of the popular will", it added.

"The civil democratic Egyptian state is one of the most important achievements of the January 25 revolution," the statement continued, referring to the 2011 uprising that toppled dictator Hosni Mubarak.

"Egypt will absolutely not permit any step backward whatever the circumstances," it added.

Morsi's supporters in the Muslim Brotherhood say that in defending him, they are defending the legitimacy of the first democratically elected president, who has only been in office a year.

'Demands of the people'
​Monday's army statement, which was read out on television, said: "If the demands of the people are not met in this period … [the armed forces] will announce a future roadmap and measures to oversee its implementation."

It received a rapturous welcome from Morsi's opponents who have been camped out in Cairo's Tahrir Square.

Meanwhile, US President Barack Obama is encouraging the embattled Morsi to respond to concerns being voiced by throngs of protesters seeking his removal from office.

The White House confirmed in a statement on Tuesday that Obama called Morsi on Monday while traveling in Africa. The call came as Egypt's military said Morsi must meet the demands of millions of protesters who have taken to the streets.

A vigilante group formed to protect women in the square, which has become the epicentre of anti-government rallies, said it recorded the highest number of attempts on Sunday as the majority of protesters were festive as families with small children and others spilled into side streets and across boulevards, waving flags, blowing whistles and chanting. – AFP, Sapa-AP