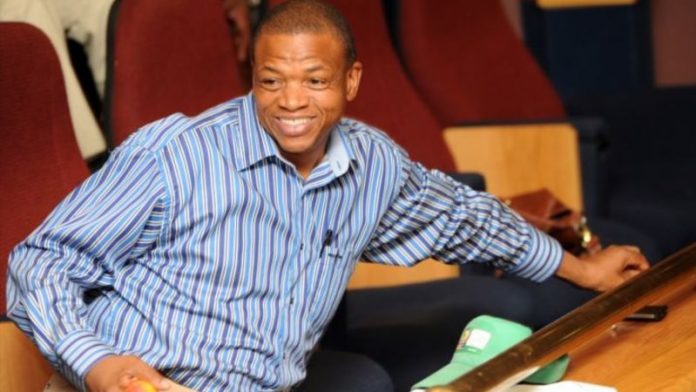 The ANC councillors were found guilty of "acting contrary to the directives" of the party and violating the ANC constitution, the North West provincial disciplinary committee (PDC) said in a statement on Wednesday.

"Expulsion of the 14 comrades … was found suitable under the given circumstances and the continuing disrespect by the comrades," it said.

Maphetle was unseated for a second time on Tuesday.

Democratic Alliance (DA) councillor Annette Combrink was voted in as the new mayor.

DA North West leader Chris Hattingh said 29 councillors from all parties, including the ANC, had unanimously voted to return Combrink to the position of mayor.

The ANC PDC said 16 councillors faced a disciplinary hearing on Wednesday. However, only two attended the hearing. The two, who pleaded guilty, were "reprimanded" by the PDC and it was decided that they would be provided with "guidance" by the party and would not be expelled.

The other 14, who did not arrive for the hearing, were expelled.

"It is common practice and culture in the ANC that the mayoral appointments and removal thereof are exclusive domain of the higher structures [of the party] …," the PDC said.

It said the expelled members would be removed as Tlokwe councillors.

They were allowed to appeal against their expulsions to the national disciplinary committee of appeal. In November, ANC factions in the municipality passed a motion of no confidence in Maphetle.

He was replaced by Combrink – the first DA mayor in the province – when she defeated ANC candidate Lucky Tsagae by 20 votes to 19.

However, Maphetle was returned as mayor in February, when he won by 31 votes to Combrink's 21.

The report recommended that formal disciplinary action be taken against him and other officials.

In May, the DA laid criminal charges against Maphetle.