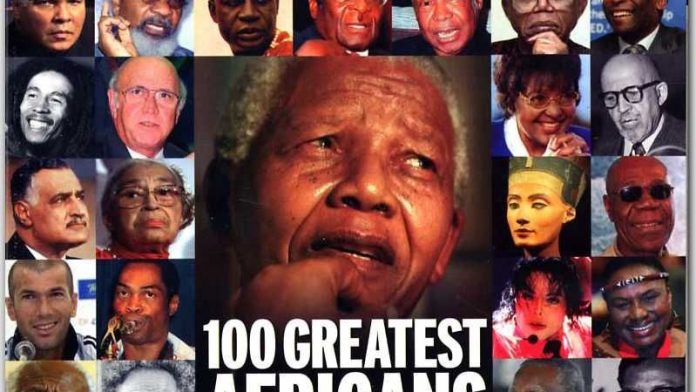 Mandela's iconic image was featured on the covers of magazines even before the end of apartheid. Time magazine used Madiba on its cover during important events, good and bad, and to celebrate a legacy that will live on for centuries to come.

Here are just a handful of magazines from different times and places:

1. Newsweek, 1990: In this cover of Newsweek, Mandela was photographed during his famous walk to freedom after he was released from Victor Verster Prison in Cape Town in 1990. He is pictured with his clenched fist raised high to salute and express unity and strength.

2. Time, 1990: In this July 2 1990 issue of Time, a magazine in which only the celebrated and controversial are displayed, Mandela is pictured addressing a Detroit crowd during his visit in June 1990, four months after his release. The cover story headline, "A Hero in America", illustrated how deeply Americans were moved by Nelson Mandela's visit.

3. Time, 1993: Yitzhak Rabin, Nelson Mandela, FW de Klerk and Yasser Arafat were on the cover of the January 3 1993 cover of Time magazine. The cover was titled "The Peacemakers", reflecting their efforts to secure peace in their segregated countries. Both Mandela and De Klerk won the Nobel Peace Prize in 1994 for ending apartheid, while Rabin and Arafat were also awarded the Nobel Peace Prize in 1994 for their creation of the Oslo Accords.

4. Time, 1999: Time magazine followed the transition of the presidency from the iconic Mandela to Thabo Mbeki with this cover. The issue questioned whether South Africa could stay on the course of reconciliation that Mandela began after Mbeki took over as state president.

5. New African, 2004: The August/September 2004 issue of the New African magazine hosted a survey of the Top 100 Greatest Africans of all time where the icon topped the list. As such, he dominated the cover filled with iconic people who made the list, including Archbishop Desmond Tutu and Ghana's first leader Kwame Nkrumah.

6. Time, 2008: Time celebrated Nelson Mandela's 90th birthday in its cover story of July 21 2008. The magazine described Mandela as "arguably, one of the world's greatest leaders" who has held the roles of "president, warrior, martyr, diplomat, statesman, husband, father and grandfather". Inside this issue, Richard Stengel of Time interviewed Mandela on his eight lessons of leadership.

7. Destiny Man, 2010: Mandela's legacy is felt not only in Africa but the world over. Destiny Man explored his leadership and compared it to that of US former President John F Kennedy's and Indian leader Mahatma Ghandi's in their July/August issue in 2010. Three years later, the world was praying for Mandela's recovery, calling him the "icon for his struggle".

8. Esquire, 2010: Esquire Spain featured Mandela on its cover for its May 2010 issue, just a month before the World Cup that was hosted in South Africa. Mandela displays his famous clenched fist to show support for the World Cup. Esquire is a fashion magazine and this issue also celebrated Tata's fashion sense.

9. M, 2012: The cover reads: "Are they too old to save the world?" and features caricatures of Jimmy Carter, Kofi Annan and Nelson Mandela as super heroes. M, le Magazine du Monde, prides itself on iconic news, strong photographs and sophisticated iconography. This issue was released on August 25 2012, and jokingly questioned Carter, Annan and Mandela's abilities to still hold worldly influence in their old age.