‘Bring Snowden in from the cold’ 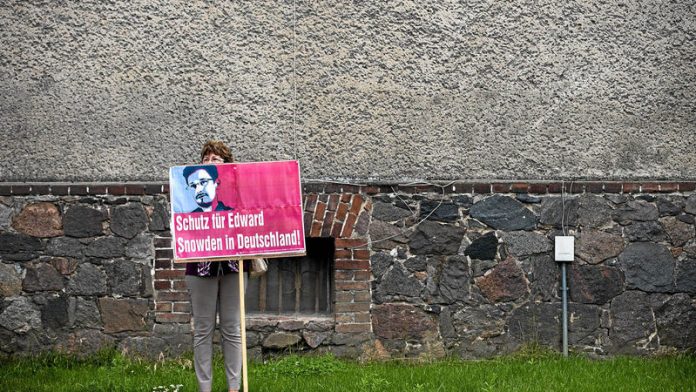 It is now more than a week since the former United States National Security Agency (NSA) contractor Edward Snowden, the source of the Guardian's NSA bugging revelations, flew out of Hong Kong, apparently en route to Ecuador. For 10 days he has been stalled at Moscow airport after his passport was  annulled, and repeated attempts to continue his journey to sympathetic jurisdictions have failed or been foiled.

Last weekend, Ecuador aborted the idea that he might find sanctuary in Quito. Snowden submitted a request for political asylum in Russia, which he later withdrew. Several other asylum bids also ­faltered this week.

Snowden remains in Moscow, still dependent on the Russians while waiting on the apparently diminishing chance of being welcomed ­elsewhere in the world.

All this poses the complex and unavoidable question: What should ­happen to Snowden now?

The answer matters to Snowden above all, as well as to the US, whose data was published by the Guardian and the Washington Post. But it also matters to the world, because the internet is in every respect a global phenomenon, not an American one, and the data that the NSA is now ­routinely capturing does not belong to the agency or to the US.

That is why the European Union and several member states, including France and Germany, have been so concerned about the allegations. It is also why so many people of all nations who regard themselves as admirers and allies of the US are rightly concerned that the US should act appropriately towards the man who has triggered a debate that President Barack Obama himself has acknowledged needs to take place.

Not making it easy
Snowden is clear that he leaked his information in order to alert the world to the unprecedented and industrial scale of the NSA's and Britain's Government Communications Headquarters'  secret data trawling. He did not, he insists, leak it in order to damage the US, its interests or its citizens, including those citizens in harm's way. Nothing of this sort has been published. Nor should it be.

As long as he remains in Vladimir Putin's Russia, however, the real issue remains clouded. This ­damages Snowden's cause. He should, ­therefore, leave Russia as soon as he practically can.

The US is deliberately not making this as easy as it could. Snowden has always accepted that he will have to face the music for what he has done.

But this needs to happen in a way that respects Snowden's rights and his civilian status, and that, above all, also recognises the high public ­seriousness of what he has decided to do. His welfare matters.

It is wrong to acknowledge that there should be a proper debate about data trawling and secret internet surveillance – a debate that could not have started without Snowden – and simultaneously to treat him as a spy in the old Cold War sense. Too many US politicians and government officials are doing so.

This is emphatically not a Cold War-style national security case; it is a 21st-century case about the appropriate balance between the power of the secret state and the rights of free citizens in the internet era. To charge Snowden under the US's World War I Espionage Act is inappropriate.

We live in a different world from that. The US is not at war in the traditional sense. Snowden is not a spy. Nor is he a foreign agent. He is a whistle-blower. He has published government information. And it is as a whistle-blower that he will eventually have to answer to the law.

Any charges against him should be ones to which it is possible to mount a public-interest defence, of the sort that was mounted by Daniel Ellsberg in the Pentagon Papers case in the US, or in Britain by the former civil servant Clive Ponting after the Falklands War.

It must be for a civilian jury to decide whether Snowden's actions are more troubling and significant than the documents and practices he exposed. Snowden must be able to come in from the cold. And the US must do more to make that happen. – © Guardian News & Media 2013