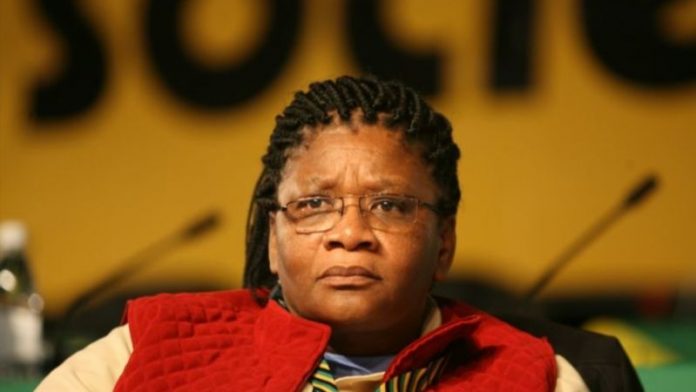 Though the recent North West executive committee's reshuffle – the third in the provincial government's five-year term – has been described by Premier Thandi Modise as "a gear shift for faster delivery", what the government did not say was that reshuffles create wasteful expenditure and disrupt programmes meant to deliver services.

Taxpayers' money is used to fund hotel stays for incoming members of the executive council (MECs) beyond the one month permitted for the handover from their predecessors. Even when reshuffled MECs vacate their state houses on time, the houses then have to be renovated and furniture and, in some cases, curtains, must be replaced because MECs prefer their own style.

The Mail & Guardian has seen at least one invoice from the Mmabatho Palms Hotel for a R210&ndash;000 payment for Hlomane Chauke, who stayed there while waiting for a state house to be prepared for him. Just after being appointed MEC for sport, arts and culture, Chauke spent at least five months in a suite that cost the taxpayer R2625 a night and R400 each day for lunch and dinner.

North West public works spokesperson Lebo Mokgethi said the ministerial handbook allowed for MECs to stay in hotels as part of the transitional arrangement pending "availability of more permanent, suitable prestige accommodation or the length of time it takes for the department to make such prestige accommodation habitable". Security requirements can also delay the occupation of the MEC's state house, said Mokgethi.

He confirmed that Chauke stayed at a hotel for five months, health MEC Magome Masike for six weeks, and Desbo Mohono – at the time human settlements MEC, now agriculture and rural development MEC – for about a year. The M&G can confirm that former local government MEC China Dodovu also stayed at different hotels for four months.

Mokgethi said Mohono's year-long stay was because "there was no readily available and suitable official residence in Mahikeng. The department had to identify, upgrade/renovate and fit with all the prescribed security fittings, a residence that would be converted for occupation by the incoming MEC."

A letter in March 2011 from Chauke's office asking public works to pay the hotel bill stated: "He  [Chauke] has since his appointment as MEC been staying in the hotel because the department of public works, roads and transport has been in the process of renovating his official residence. The renovation and refurnishing was supposed to have been finalised by the end of January 2011, but to this date, public works is still working on the house."

Pool cars
New MECs are also given government pool cars for a month until outgoing MECs return their official cars. One MEC told the M&G some provincial ministers used state cars for longer than the allocated month, resulting in government funding the use of two cars for one MEC.

Mokgethi admitted that at least one MEC had given the department a hard time returning an official car after last year's reshuffle, but added: "It's no longer happening since the new public works MEC [Raymond Elisha] got into office."

A public works official, who preferred not to be named, said some new MECs made unreasonable demands that ended up delaying their occupation of state houses.

"Once allocated a house, a person should vacate the hotel immediately," the official said. "But they make private arrangements through their departments. The correct procedure is that MECs should be put in hotels by public works and if they stay longer, there should be a good reason."

Some new MECs stay in hotels because their predecessors are still occupying government houses meant for the executive's use. Chauke, now chairperson of the provincial standing committee on public accounts, is still in the house he was allocated as an MEC, even though he was removed in May last year.

Officials close to Chauke told the M&G he had made many unsuccessful requests to be moved to another house. On his continued occupation of an MEC's house, Mokgethi said: "This deviation was caused by the fact that there was no readily available residence at the Lowe Parliamentary Village."

Mokgethi said Chauke would now vacate the MEC's residence "because he has been served with a relocation notice".

Plain corruption
A former MEC said that when reshuffles occurred, "public funds are used in a manner that cannot be explained. With the cars, it's just plain corruption. The only reason you can use a pool car is when the official car has reached 120 000km."

Some MECs have changed the cars that were bought at the beginning of their five-year term in 2009. The M&G has seen evidence of a transaction to replace an Audi Q7 that was bought in 2009 with a Range Rover Sport in 2012 that cost R829276. The MEC's motivation for buying the new car was that the three-year-old Audi had exceeded 120 000 km.

"The vehicle was not specifically budgeted for, but the department has sufficient savings on the capital budget," said a letter of motivation from the department.

"The department will pay for the vehicle from the savings realised on our capital budget."

A government official said it took at least three months for new MECs to find their feet and run a department.

This is the third reshuffle in the North West executive committee, with the first said to have been decided by the task team that led the provincial ANC until 2011, in consultation with Modise, who took over as premier shortly before the November 2010 reshuffle.

Sources close to government said the latest reshuffle had been forced on the premier by the provincial ANC. Spokesperson Mokgethi said, with last week's reshuffle, public works had served outgoing MECs with notices to vacate their official residences by end of July. He said incoming MECs will take up occupancy in their houses from August 1.

ANC regions in the province have ordered their mayors, chief whips and speakers to stay in office
Read more
Coronavirus

The tender that keeps on giving