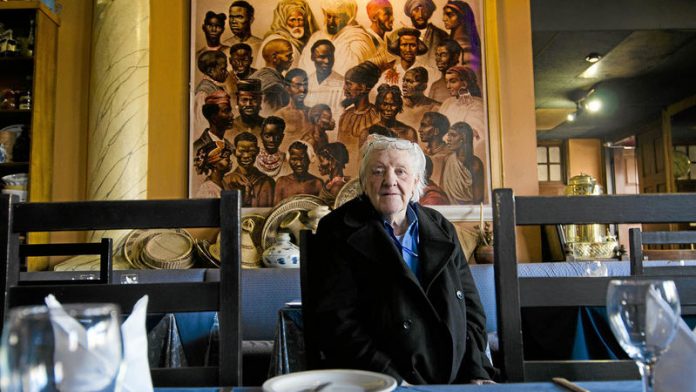 Gramadoelas restaurant, famous for its traditional South African cuisine, is a spot of quaint calm in the centre of frenzied construction. The Newtown district of Johannesburg, where it has served hungry customers for two decades, is undergoing a revamp. All the neighbouring buildings are shuttered and construction workers bustle about. But Gramadoelas and the Market Theatre next door are quietly serving and ­entertaining people.

The highly regarded restaurant – it's name is Afrikaans for "the back end of nowhere" – will close at the end of the month. Brian Shalkoff, its co-founder, died on July1 after his life support machine was switched off. He had been attacked by robbers in his house near Hillbrow and was left in a catatonic state.

His life partner and co-founder, Eduan Naudé, is still at work, but is winding things down. "This has been my whole existence since we opened it," he said. "I am at a terrible loss for what I will do and where I will go."

His friends have told him to have big closing-down events, but he can't afford it. "I just want to move on as fast as I can."

It ends a 45-year journey by the two. Their first incarnation of Gramadoelas opened in a basement garage in Hillbrow. At the time, the only licence they could get was to operate as a boarding house, meaning only tenants could dine there. At a time when different races could not dine in the same place, the two insisted that everyone was welcome.

A decade later, they moved to Joubert Park, before being offered the current spot in 1992. Since then, Gramadoelas has had a steady flow of customers. The allure was its intimate and friendly atmosphere. Tall ceilings and Victorian chandeliers were balanced by an assortment of antiques from around the world.

Guests could sit next to a grand piano, while eating off plates emblazoned with the VOC, or Dutch East India company, logo. The menu, a simple one spanning two printed pages, was inspired by local dishes. Customers could eat their way through mopani worms in peri-peri sauce before feasting on bobotie.

Naudé and Shalkoff would sit and chat to regulars, and new guests could rely on their advice on what to pick off the menu. It was the personal touch and food that attracted celebrities and politicians from around the world to dine in this small restaurant.

A guest book by the door holds all the names. Actors such as Denzel Washington, Nick Nolte and Morgan Freeman have dined in the same seats as David Bowie and Elton John. The queens of England and Denmark have also popped in, along with former presidents Bill Clinton, François Mitterrand and Nelson Mandela.

The website says a woman leaving the theatre was lured in by the smell of fresh bread. Shalkoff gave her the loaf he was baking. A few days later, a large bouquet arrived to say thank you. It was signed by Zanele Mbeki, the wife of the then president.

The book also contains the names of the legion of locals who went there to relax and unwind before catching a play. They will have to hope someone comes along and puts as much heart and taste into a new restaurant as Shalkoff and Naudé did.

Waiter, open up a can of worms