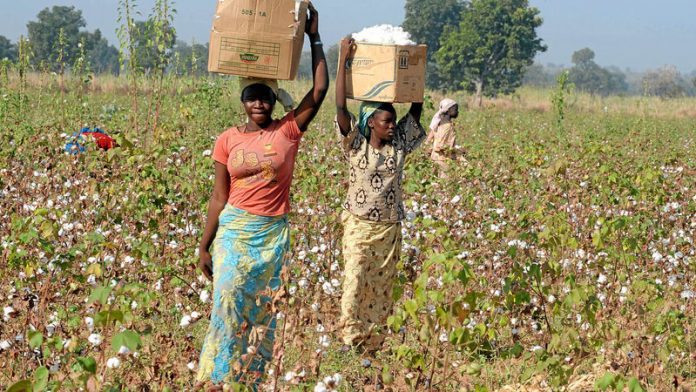 Hajaratou Chanteh's eyes are wet and her voice is trembling as she talks about her fight with her late husband's family.

Following his death 16 years ago, they took all his possessions and denied her access to the house they had shared with their children. Since then, she has been trying to claim her rightful inheritance, while raising their children with the meagre income she earns from tilling other ­people's land.

"They told me to hand over the little money I earned or borrowed – money I should have used to look after my children and myself," Chanteh says.

"They said it was 'family property'. My father was frail by then. I had no helper."

Chanteh lives in the northwest region of Cameroon, and while hers is an extreme example of what can go wrong after a woman loses her husband, she is not alone. Widows in Cameroon often have to fight abuse and maltreatment with almost no help from anyone.

Many report being made to sleep on the floor, refused visitors and denied the chance to leave the house, even when their livelihoods depend on it. But things are changing, largely owing to initiatives such as one organised by international development charity VSO and a local charity, the Muslim Students' Association of Bamenda (Musab).

Economic deprivation
The United Nations established an international widows' day in June 2005 to mark the social stigmatisation and economic deprivation faced by many of the poorest of the estimated 245-million widows worldwide.

Fuekemshi II, the fon (king) of Baba1, a semi-autonomous district in Cameroon, was the first ruler to sign an agreement to protect widows in the region in May 2008, and supports the first widowhood rites project in the area.

"If I hadn't been interested, it would still be the way it was," he says. "What we are trying to do is come out of the old … This is a culture that needs to be wiped out, and in this village, it's changing fast."

The widowhood project was born of an HIV and Aids anti-stigma and discrimination project in the mid to late 1990s. Sundze Mamah Natari (known as "Mallam"), the president of Musab, says it became clear there was a knock-on effect when husbands and fathers succumbed to the disease, leaving widows and children behind.

The project works in three phases and involves a lot of consultation with villagers, before binding agreements that recognise the rights of widows are drawn up between advocates and the fon.

The project has been extended to five other fondoms in the region: Chomba, Nsongwa, Mbatu, Babessi and Banso, reaching approximately 8 000 widows. The feedback has been so positive that Musab and VSO are hoping to roll it out across the northwest region, and share best practice with other regions.

Chance for re-education
"Some of the younger fons have been to university, so we're going to target them," Mallam says. "They will see what we are presenting and understand [better] why we are coming in. Some of these traditions have lasted more than 500 years. This project is very sensitive."

On a day-to-day level, the work is done by community advocates – women and men who have received training funded by VSO to support widows.

In Baba1, advocate Chayi Ncheckwe is also the president of the women's traditional council. She sees the project as a chance for re-education.

"We remind the families that it is unfair to the widow and her children, who must be provided for," she says. "We make the husband's family understand that the widow has rights.

"If they refuse to understand," she adds with a smile, "we send them to the palace."

In Chomba, about half an hour's drive away, I meet Lydia Swiri Ndikum, a widow who is now one of the village's 26 advocates.

After her husband died, her head was shaved – by a near-blind old woman, she tells me, who inflicted wounds with the razor – and she had to sleep on the floor for three months.

'Aware of the problems'
"I would get up in the morning and sit with those who came to mourn with me. I could not go out, I could not attend church. It was like you were not your own person," she says.

"I don't want any other woman to be treated that way. I want this ­eradicated. Widows should be free to live their lives."

All of the advocates are passionate about their work and, though most of them are women, a few are men. Ayaba Joseph Nji is a retired policeman and Chi Godlove Sama is a retired banker; both have been working as advocates in Chomba, work they consider very important for the community.

"We were already aware of the problems," says Nji. "They had ­widows isolated and barefoot. Some of them were told not to wear clothes, and could only eat from a separate dish."

Chomba's fon, Fobuzie II Martin Asanji, ascended to the throne when he was 14; he is now 64.

"These rites are detrimental to society," he says. "Losing your husband is already painful, and certain practices – unwritten, illegal – were adding to that pain."

He argues that it took an outsider to push the issue. "[Musab] played an important role – their coming was some kind of an awakening."

Christiane Bossé is a VSO volunteer with Musab. She has been encouraged by the progress in the five fondoms and, with extra funds, has extended it to start up a livelihood project – a cornmeal-grinding business – in Baba1, with all profits going towards supporting widows in the community. "If, for example, a widow has a problem and she needs to go to the palace, she cannot go empty-handed and that costs money," she explains.

Another advocate, Alima Ndawah, says the widows' poverty is very bad: "When we have these grinding machines, we will do better."

In the meantime, the advocacy group donates money for the worst-hit cases.

Back in Baba1, Mallam shows us the young neem trees planted to mark the UN's International Day of the Widow the previous year.

The trees will grow to shelter the villagers from the sun, Mallam says, as the agreement shelters the widows.

Rashidatou, a widow who recently remarried a man of her choice, tells us as we leave that she is expecting her sixth child; the first with her new husband. She is, she says in a quiet voice, "very, very happy". – © Guardian News & Media 2013