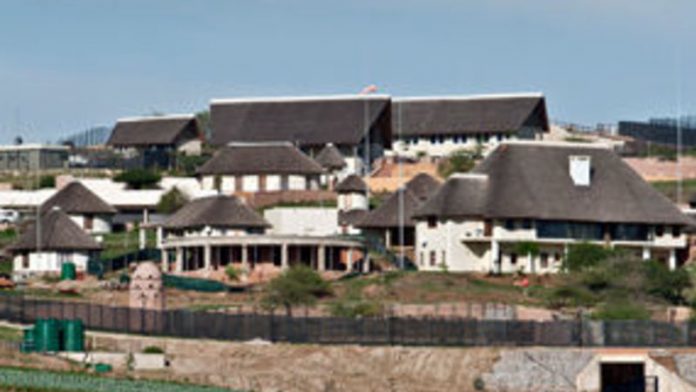 The official expenditure as of June 2013 is R210 505 255 — but this does not appear to include bills still to be paid, including maintenance.

About 12 000 pages of public works department documents relating to Nkandla, known internally as Project A, were released to amaBhungane two weeks ago.

They were disclosed in response to an access to information request launched a year ago under the Promotion of Access to Information Act, apparently in a bid to head off a court hearing on the department’s initial refusal of the request. (See “Long battle to get hold of redacted documents”)

The documents represent the best approximation so far of the evidence available to the special public works task team appointed by Public Works Minister Thulas Nxesi last year to investigate the scandal.

The disclosures in the documents appear to make a mockery of the government’s attempt to keep its own investigation under wraps by classifying the team’s report top secret and referring it for discussion behind closed doors by the joint standing committee on intelligence.

In a letter to the National Assembly speaker, Max Sisulu, last month, Nxesi said the report on the Nkandla security upgrades had been classified top secret in terms of the minimum information security standards, making it exempt from disclosure.

The documents released by the department include a number that are marked “top secret”, but the classification appears to be designed more to protect the government and the president from embarrassment than to ensure security.

They include a remarkable March 2012 secret letter from Durban regional manager Kenneth Khanyile to his public works department bosses in Pretoria in which he calls for special tendering and auditing procedures for so-called “prestige projects”, which would shield them from public knowledge.

This was not only for security reasons, but also “because these projects are further targeted by journalists in an attempt to discredit the government in general”. (See “Secrecy obsessions betray political sensitivities”)

The documents also include fairly detailed, but unexceptional, information about the security measures at the Nkandla compound, despite amaBhungane excluding this data in the terms of its request.

In short, there is nothing in the Nkandla files that could not have been publicly disclosed, except that they paint an unedifying picture of how senior officials and politicians:

Although the documents provide evidence that in some cases the contracts were poorly managed, there is not a great deal to support the allegations of “overcharging” apparently raised in the task team report.

But there are significant gaps — notably in relation to communication with directors general, ministers and deputy ministers and, crucially, Zuma — though the documents provide intriguing pointers that cast doubt on the president’s attempts to distance himself from the project and suggest that he played an important role in how the process unfolded. (See “What did the president know?”)

A definitive answer to this question will probably depend on the disclosure of more high-level, sensitive documentation. To this end, amaBhungane is likely to proceed to court as scheduled on November 5.