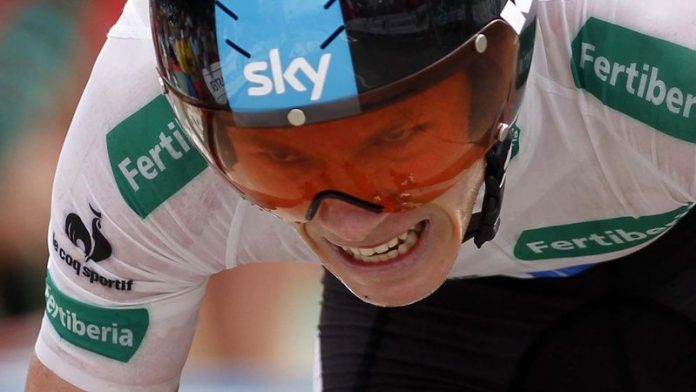 Froome, last year's runner-up, sped away from a group of five in the final ascent to the first-category ascent to the Port de Pailheres to beat Australian team mate Richie Porte by 51 seconds.

Spainiard Alejandro Valverde finished third and his compatriot and twice champion Alberto Contador was seventh in the 195 kms stage from Castres, the first mountain stage of the race.

"It's a dream come true so far. We were put under pressure. This is only the first week, so there is two weeks of hard racing to come but now we've got the yellow jersey we've got to defend it," Froome told the BBC.

"I really couldn't have asked for much more."

Colombian Nairo Quintana, an aide to Valverde in the Movistar team and a pure climber, attacked in the long ascent to the Port de Pailheres, opening a one-minute lead at the top.

He was overtaken in the final 10 kms with Froome taking the lead ahead of Porte on a searing hot day during which temperatures reached over 30 degrees Celsius.

A few hours before the peloton started the climb to Ax-3-Domaines, tractors were sprinkling water on the road to prevent the tar from melting. – Reuters