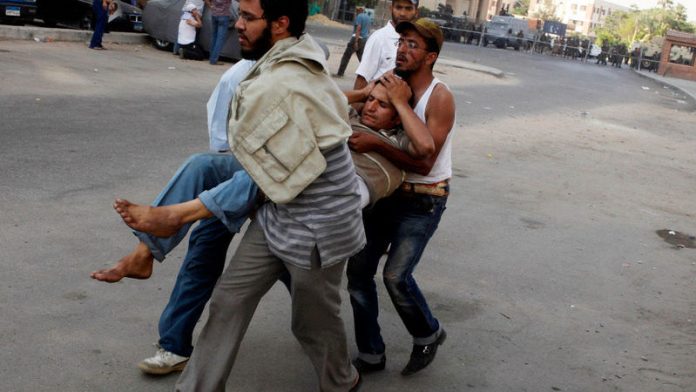 "Sixteen people were killed and a hundred others injured, many of them in serious condition," the Muslim Brotherhood's spokesperson Ahmed Aref said on Monday.

"I saw with my own eyes the people who they shot at" one protester said, adding that several people had been injured.

"They wanted to disperse the protesters" who were determined to stage an indefinite sit-in, according to the protester.

On Friday at the same spot, four Islamists were shot dead by soldiers.

Supporters of Morsi's Muslim Brotherhood have mobilised en masse in different parts of Cairo in recent days, vowing to defend Morsi who was ousted by the military on Wednesday after mass protests calling for him to be removed from power.