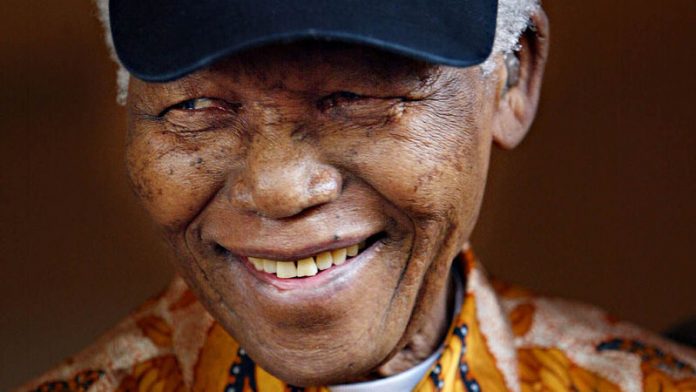 Dalindyebo arrived at the Mediclinic Heart Hospital in a black Mercedes-Benz.

Meanwhile, Madiba's grandson Ndaba on Tuesday said South Africans should not be saddened by Mandela's ill-health.

"With less than two weeks to go before the old man's [95th] birthday [on July 18], it's time to celebrate his life. The old man is very much alive," he said in Pretoria.

"When I speak to him he responds. Let us not be in a spirit of sadness but a spirit of celebration because the old man is still with us today," Ndaba Mandela said.

The 94-year-old anti-apartheid icon was admitted to the hospital on June 8 with a recurring lung infection.

Visitors continued to stream to the hospital on Tuesday.

Paying respect to Madiba
"We came to the hospital to experience the appreciation people of South Africa are showing Mandela," said Theo Stanley.

The students are on a two-week rugby tour of South Africa. Stanley said the team had the morning off in Pretoria and saw fit to also pay their respects to the ailing elder statesman.

Mandela's ill-health has made news worldwide. Some of the rugby players said they did not fully understand the impact his hospital stay had had on them until Tuesday, when they read the messages left by well-wishers.

"I originally thought it didn't affect me, while I was back in London, but being here and seeing how the nation is reacting is overwhelming," said Tom Middlehurst.

Middlehurst added that seeing the story in the news did not really indicate the magnitude and impact Mandela had on the country and the world.

They said the story was receiving wide media coverage in England, with a lot of questions being asked about the country's future after his death.

"People back home are wishing him a speedy recovery, but there is also interest in how the country will react to his death," rugby player Mark Fuller said. – Sapa