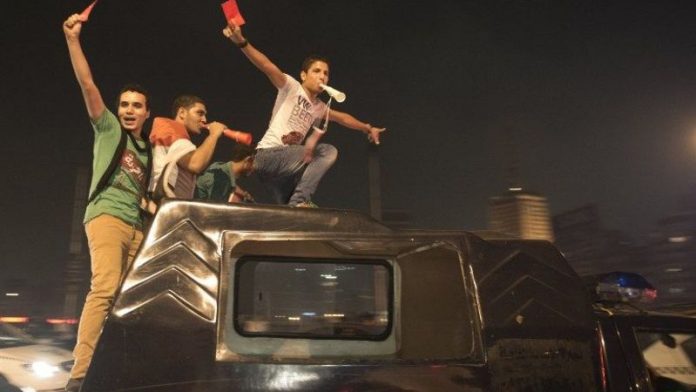 "We would like to assure our travellers that Egypt is still safe to travel to and to visit," spokesperson Amina Hatem said in a statement on Monday.

"All normal aspects of life including Egypt Air's operations and international travel are safeguarded by the people and the authorities and remain perfectly functional as always."

The South African government earlier warned its citizens to be careful when travelling to the country.

The Egyptian military toppled former president Mohamed Morsi on Wednesday, reportedly with the support of leaders from many sectors of Egyptian society.

The constitution was suspended.

On Monday at least 34 people were killed in Cairo when Morsi supporters protested outside a military building.

'Maximum restraint'
Meanwhile, the United States on Monday called on Egypt's military to exercise "maximum restraint" after dozens of people were killed while demonstrating against last week's ouster of president Mohamed Morsi.

Egyptian soldiers and police clashed with Islamists protesting the military's ouster of the president in bloodshed that left at least 51 protesters and three members of the security forces dead.

It plunged the divided country deeper into crisis with calls by the Muslim Brotherhood's political party for all-out rebellion against the army.

The carnage outside the Republican Guard building in Cairo – where Morsi was first held last week – marked the single biggest death toll since massive protests forced Morsi's government from power and brought in an interim civilian administration.

"Egypt's stability and democratic political order are at stake," state department spokesperson Jen Psaki told reporters during a briefing in which she said Washington "strongly" condemns violence on all sides. – Sapa, AFP