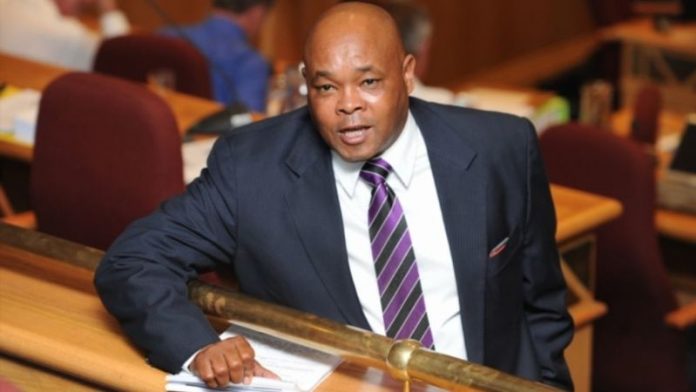 North West Democratic Alliance (DA) leader Chris Hattingh on Wednesday said the documents were served on 26 ANC councillors, 19 DA and two Freedom Front Plus councillors, as well as one from the Congress of the People.

Maphetle and Tlokwe speaker Barei Segotso filed the papers in the High Court in Pretoria.

Hattingh said the DA would respond to the application on behalf of its councillors, and was considering a counter-application.

"While we proceed with our efforts to end Maphetle and his former mayoral committee's illegal occupation of the municipal offices, we will also continue with our planning and endeavours to have the Tlokwe municipality restored back to delivery mode."

Maphetle was unseated on July 3 for a second time since November when DA councillor Annette Combrink was voted in as the new mayor.

"The speaker [Barei Mosiane], who is the speaker coming from the ANC … has actually filed the papers nullifying that meeting," ANC North West acting secretary Gordon Kegakilwe said in Potchefstroom on Monday.

Kegakilwe was speaking at the taxi rank in Potchefstroom following an ANC provincial working committee (PWC) meeting in the town.

He, ANC North West chairperson Supra Mahumapelo and national executive committee deployee and Land Reform Minister Gugile Nkwinti were doing a walkabout at the taxi rank at the time.

Removed as Tlokwe councillors
Meanwhile, Hattingh said last week that 29 councillors of all parties, including the ANC, unanimously voted to return Combrink to the position of mayor.

Last Wednesday, the North West ANC's provincial disciplinary committee expelled 14 of its councillors who voted to unseat Maphetle from the party. They were also removed as Tlokwe councillors.

At the PWC meeting in Potchefstroom on Monday, the ANC appointed six new proportional representation councillors for the municipality.

The ANC has won all six contested wards in the Tlokwe by-elections to take back control of the embattled municipality.
Read more
Advertising
Continue to the category
Coronavirus