Mandela’s legacy is being eroded, fast 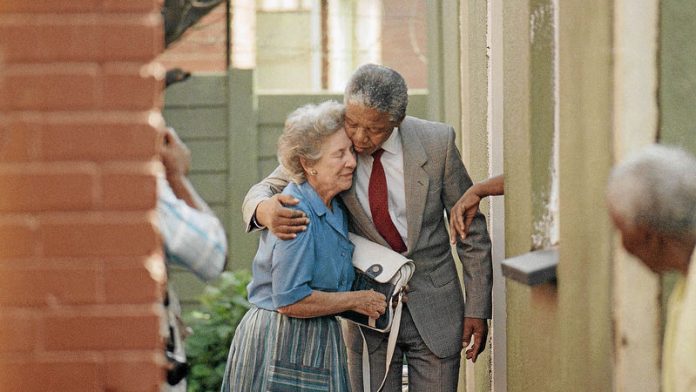 The country has begun the journey of reflection on the legacy of Nelson Mandela. Within the confines of a column, it is possible to focus on only a few core elements of the immense bequest his long life has given to the world and to South Africa in particular.

At the conclusion of his speech at the Rivonia Trial, Mandela said: "During my life I have dedicated myself to this struggle of the African people. I have fought against white domination and I have fought against black domination." It took South Africa some 30 years to vindicate this dedication when the Constitution was passed into law.

The idea of a nonracial society of Africans at the southern tip of the continent to which Mandela was so faithfully committed, not only when he was facing a possible death sentence at the conclusion of that trial but also throughout his presidency and thereafter, represented the very best hope for our country's future.

When he was president, Mandela was confronted in 1996 with a Constitutional Court judgment adverse to a presidential proclamation and in favour of the executive council of the Western Cape.

Mandela responded by accepting the decision; even though he dis-agreed with the court, he noted that it existed to guide the government in its compliance with the Constitution, which is exactly what the court had done in this case.

In these two actions, Mandela taught two great lessons: if South Africa was to achieve a democratic result to the struggle for freedom, it would have to commit itself to a nonracial vision. If it was to continue to be democratic, the Constitution, in which the rule of law was enshrined, had to be respected – particularly when judgments that may find against the government were delivered by the courts.

Important considerations
Sadly, the speed with which we appear to have travelled away from these cardinal principles – and hence from the Mandela legacy – has been illustrated in two recently launched court challenges.

In the first, the Helen Suzman Foundation has challenged the Judicial Service Commission (JSC), contending at root that the JSC incorrectly used race as a criterion for judicial appointment. Section174(2) of the Constitution provides that the need for the judiciary to reflect, broadly, the racial and gender composition of South Africa must be considered when judicial appointments are made. Unquestionably this provision was designed to promote the idea of a judiciary in which diversity rather than domination would be constitutive of so key an institution.

To the extent that race and gender were important considerations in the appointment process, the object was to ensure that white male domination would end and the judiciary would be broadly reflective of the diversity of the country.

Although the task confronting the JSC in developing criteria to meet this challenge was never going to be easy, there has been increasing apprehension that race (but, significantly, not gender) has been employed as a primary test for appointment.

This concern has been fuelled by the inexplicable failure to appoint  some of the very finest lawyers produced in this country, in particular Jeremy Gauntlett SC, Geoff Budlender SC, Willem van der Linde SC, and Professor Halton Cheadle. Were the appointment process governed by a test that sought to ensure the elevation of the very best lawyers committed to the promise of the Constitution, surely these four would have long been part of the judiciary – even when careful account was taken of section 174 (2).

Requisite independence
Whatever the merits of the foundation's challenge, it is regrettable that it is to the courts that civil society must turn. Yet, in the light of South Africa's manifest inability to conduct a sustained debate on the implications of Mandela's nonracial vision and the continued opacity of the JSC's adopted criteria for appointment, the courts appear to be the only means by which to compel a proper investigation.

The second challenge has been brought by the Council for the Advancement of the South African Constitution against the failure of President Jacob Zuma – for almost a year – to appoint a permanent head of the National Prosecuting Authority (NPA). It must surely be obvious that an acting head of the NPA, serving at the pleasure of the president, cannot exercise her function with the requisite independence.

The deluge of controversies that has rained down on the NPA in the past year should have prompted expeditious action on the part of the presidency to ensure the permanent appointment of a suitably competent person to run the NPA.

As matters stand, the integrity of the NPA is severely compromised. Without a prosecuting authority that is independent – and is perceived to be independent – the rule of law is weakened. Regrettably, again, it is to the courts that the council has had to turn to compel a decision that should have been taken long ago.

To return to Mandela: his life constituted a sustained struggle for a democratic country in which race was not to be employed in order to dominate, and where government would operate scrupulously within the strictures of the letter and spirit of the rule of law. It should not be left to the courts alone to compel South Africa to live by these principles.

That it has come to this, within 20 years of the advent of democracy, reveals the weight of the undischarged burden still borne by all who live in this country: to ensure that Mandela's legacy is honoured in public compliance.