‘Corrective rape’: Lesbians at the mercy of powerless men 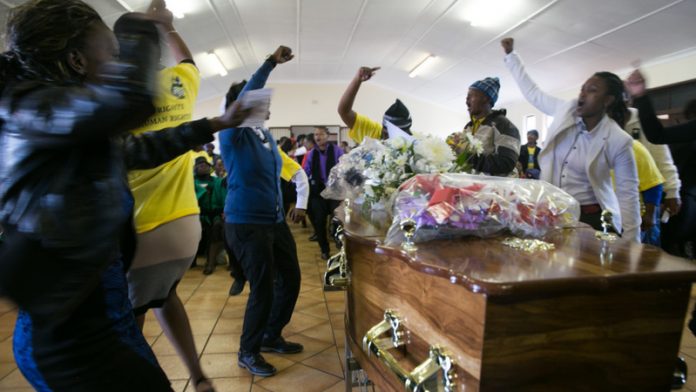 The atmosphere at Komvlei Cemetery on the East Rand was different on Saturday afternoon. The usually quiet place was filled with chants, shouts of slogans and the thunderous stomping of angry mourners. This, coupled with the wild rising of dust that engulfed the crowd, marked the end of the life of yet another lesbian woman.

On Saturday, Duduzile Zozo (26) was buried by a big crowd. She was found dead by her mother, Thuziwe, half naked with a toilet brush jammed into her vagina in Thokoza, in the Gauteng East Rand in June. The telling of Zozo's story has become a South African cliché over the past decade. Some believe she was the victim of a "corrective rape" and murder. 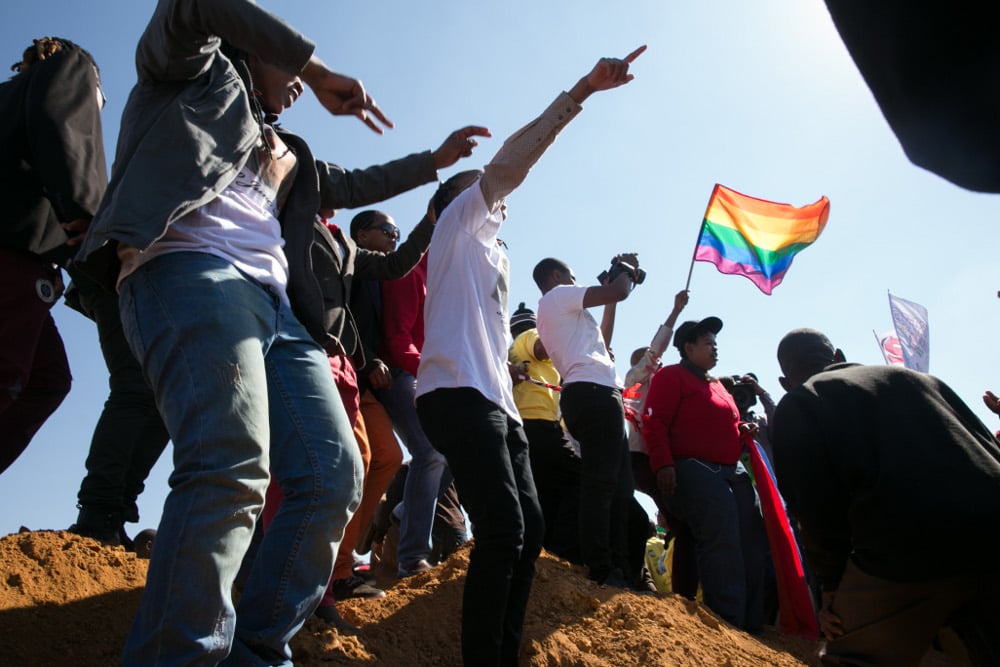 At least 31 lesbian women have been brutally murdered in the last 10 years and it is reported that at least 10 lesbians are raped or gang-raped per week in Cape Town alone. This is according to Luleki Sizwe, a charity that helps women who have been raped in the Western Cape.

A few activism groups have been formed to respond to this social ill but they have not slowed the brutality down. It is important to note that most of these violent murders happen within the context of the townships, where poverty and unemployment used to be the biggest social challenges. The escalating violence against lesbians has, however, been the new point of focus. 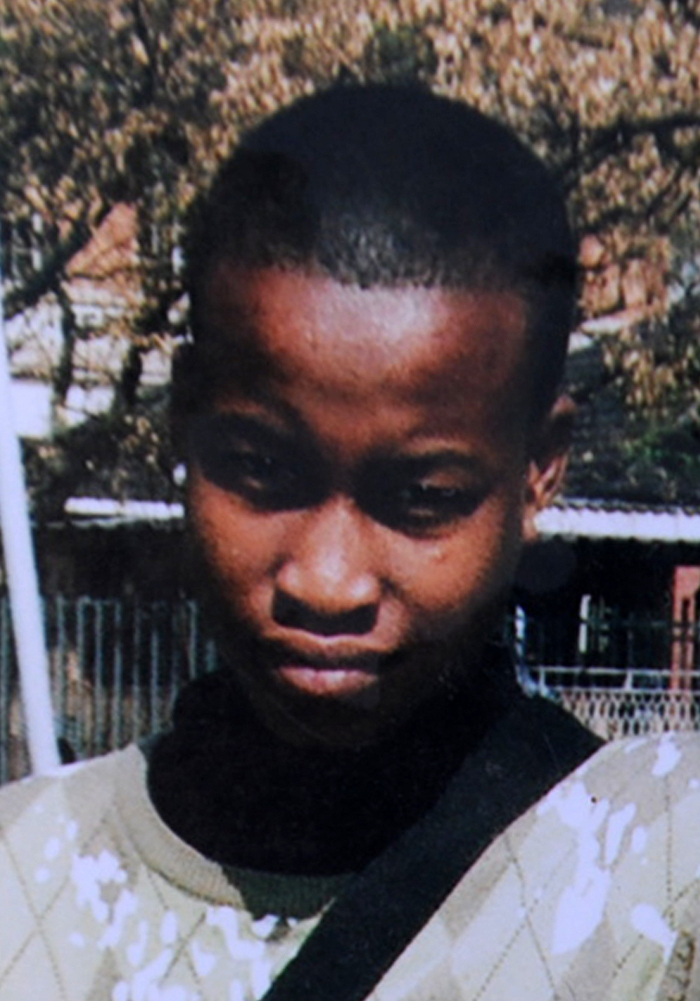 Gay rights activist and photographer Zanele Muholi attributes this to the constant struggle of power on every level of black society. Speaking at Zozo's funeral, she asked: "What happens after this funeral? When will the power struggle end?"

Muholi feels like talking has become pointless, and instead documents the process as a way of showing its gruesomeness and inhumanity.

​But anger is growing and members of the community and others are worried it will contribute to the tension.

Gender convener and chairperson of the ANC Women's League in Ekurhuleni, Lindiwe Khonjelwayo, accused the gay and lesbian community of showing a great deal of aggression in their campaigning for equal human rights, even outside these violent crimes.

"Aggression is met with aggression. What is needed within gender mainstreaming is a lot of patient understanding and working together."

A social symptom of the wedge between the gay and lesbian community and other men was evident during a pivotal moment during Zozo's funeral. Traditionally, when a person is buried, the grave is dug and filled by men of the family and the community.

Zozo's grave was filled by her lesbian friends. Spades were unceremoniously taken away from the surrounding men, who could not hide their feelings. Visibly angry, they moved away and started singing songs that are usually sung by men only. 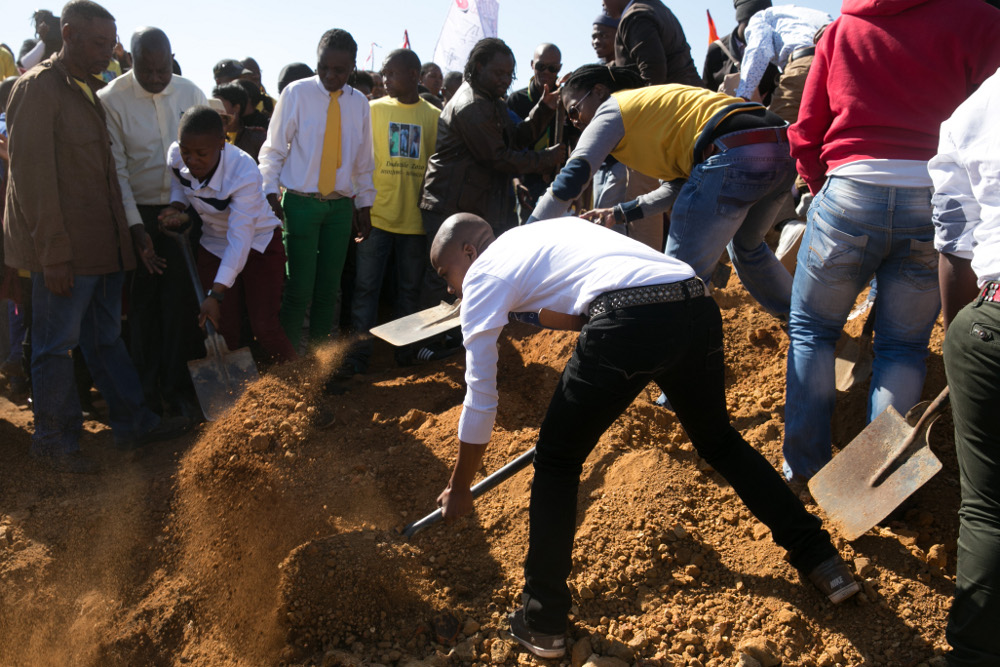 "Zozo was raped and killed like an animal. So were the other lesbians. These guys are trying to tell us something, we are just not sure what it is right now," said Lulama Biso, a neighbour who led a protest outside the hall where Zozo was buried.

Intolerant men
There is a great deal of speculation in the township of Thokoza following Zozo's death. Locals have gone as far as accusing hostel-dwelling Zulu men in the Thintwa area where Zozo was murdered.

"It is a common fact that these men are intolerant of anything that is different and new. They were at the forefront of xenophobic attacks around here, and they make it known they feel the same way about gays and lesbians," Biso said adamantly.

A YouTube video shot in Cape Town two years ago has males categorically stating that lesbians must be raped in order to "straighten" them. This attitude seems to be widespread in South Africa, where some males deem homosexuality to fall outside the realm of what is African.

"At the centre of this gruesome violence is the failure to understand each other's needs as society. There is clearly something specific that is causing men to behave this way. We can only fight this once we know what that is," said Khonjelwayo.

Khonjelwayo was also adamant that violence against gays and lesbians needed to remain classified as part of mainstream crime to avoid an "us versus them" situation.

"I am sceptical of the trend where we want to categorise lesbian crime as a special kind. That leads to a lot of special anger and aggression, which tends to perpetuate more violence," she said.

In a statement, Cabinet spokesperson Phumla Williams urged communities to respect individuals' right to life and dignity. "Every citizen has inherent dignity and the right to have their dignity respected and protected, as enshrined in the Constitution of the Republic of South Africa," she said.

But aside from pledging to work around the clock to deliver justice and quotes from the Constitution, this has been the best government has been able to offer South Africa's brutalised and scared lesbians in the past 10 years. 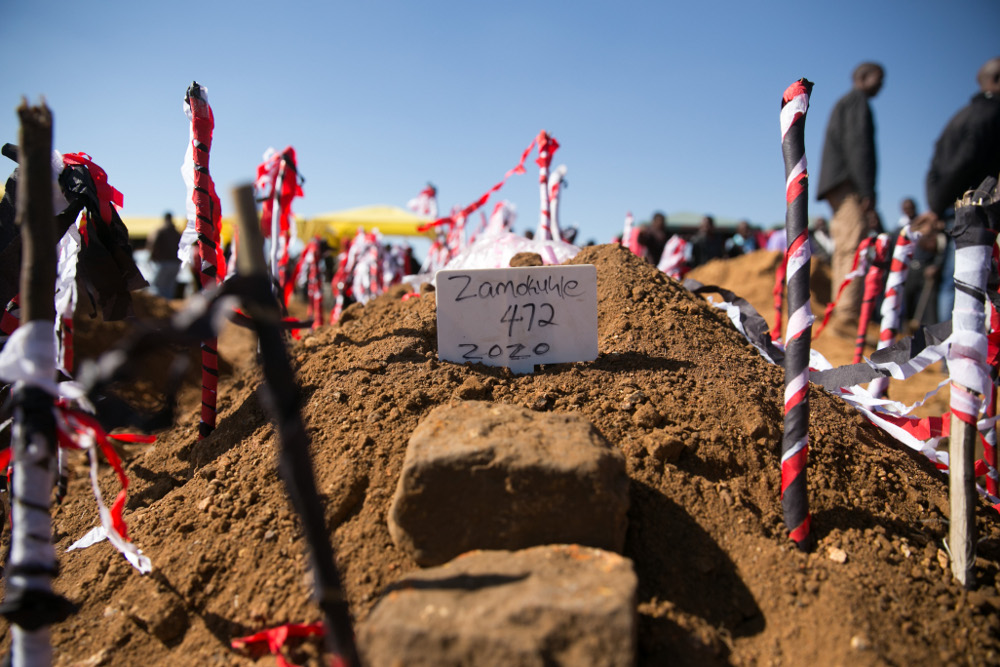