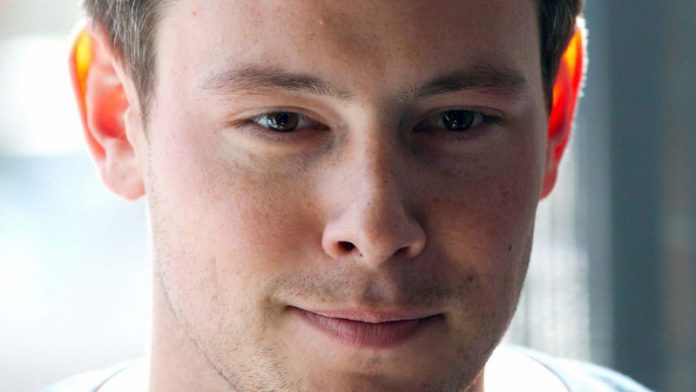 Police confirmed that the 31-year old Canadian, who played the teen heartthrob Finn Hudson on the hit series, was found dead in his room at lunchtime over the weekend. There were no signs of foul play, said police.

Friends of the star took to Twitter to offer their condolences. "I have no words! My heart is broken," said Dot-Marie Jones, who plays the football coach Shannon Beiste on Glee. She said Monteith was a "hell of a friend" and an "amazing" man.

When the things in glee get real. I'm crying so hard right now. #RipCoryMonteith #PrayForLea pic.twitter.com/PDIn5OEJG7

The producers of Glee, including 20th Century Fox Television, called Monteith an exceptional performer "and an even more exceptional person. He was a true joy to work with and we will all miss him tremendously".

Meanwhile, paramedics responded to an emergency call from the Fairmont Pacific Rim hotel over the weekend and found the actor dead on their arrival, said the Vancouver police department acting chief, Doug LePard.

The cause of death is as yet unknown, but police said evidence including his fob key entries indicated that the actor returned to his room by himself in the early hours of Saturday and was alone when he died.

Monteith had been out with people earlier and those people were being interviewed, said LePard, who offered his condolences "to the family, friends, castmates and millions of fans of Mr Monteith". A postmortem is due to be carried out on Monday.

Monteith had struggled with alcohol and drug addiction in the past, and completed a stint of rehab in April for substance addiction. He was last pictured with his girlfriend Lea Michele, who plays on-off girlfriend Rachel Berry in Glee, at the Chrysalis Butterfly Ball on June 8 in Los Angeles.

Monteith's spokesperson, Melissa Kates, said in a statement: "We are so saddened to confirm that the reports on the death of Cory Monteith are accurate."

'Rest in peace Cory'
Mark Salling, who plays Puck on the show, tweeted the word "no". Iqbal Theba, who plays Principal Figgins, wrote: "OMG!! My Cory … " Adam Shankmanwrote, a regular director of Glee episodes, said: "Goodbye my amazing and beautiful friend. The lights in my world just grew dimmer. The world just lost one of our best. I love u so much … "

The Glee fanclub @gleeks wrote: "Our prayers go out to the family and friends of @CoryMonteith. Rest in peace Cory. You were one of a kind."

Cory was the Glue of Glee. Now that Glue is gone…and Glee will never be the same #RipCoryMonteith #StayStrongGleeks pic.twitter.com/I2ab6a4ePE

Monteith first received treatment for alcohol addiction when he was 19, and had talked about his addiction struggles, saying he had a serious problem and in the past had taken "anything and everything".

In 2011 he told People magazine that he was lucky to be alive. He said: "I don't want kids to think it's OK to drop out of school and get high, and they'll be famous actors too. But for those people who might give up: get real about what you want and go after it."

Michele told People that she was proud of her boyfriend for tackling his demons. "I love and support Cory and will stand by him through this," she said. "I am grateful and proud he made this decision."

After leaving treatment this year, the star tweeted: "Sending out big love to everyone. Thank you for the continued support! It means the world to me! :)."

Journey to fame
Monteith, who left school at 16, worked in several casual jobs including as a roofer, school bus driver, Wal-Mart people-greeter and taxi driver before achieving stardom.

After small roles on the big and small screen, he was cast in Glee when the show's creator, Ryan Murphy, saw a video of him drumming with pencils and plastic containers.

Monteith submitted a performance of "a cheesy, 1980s music-video-style version" of REO Speedwagon's Can't Fight This Feeling, and was invited to a mass audition in Los Angeles where he was given the role of Finn – a high school football player who puts his status and popularity at risk to join the glee club. – © Guardian News and Media 2013

A bittersweet moment for many as we celebrate the creation of space for locally produced content, while also mourning the loss of a nostalgic links.
Read more
National

Battle of the box divides Namec

The small electronics industry body is accusing two of its heads of being 'empowerment raiders'.
Read more
National

The ANC is losing patience with the turf war that has erupted over digital migration from the old analogue signal when watching television in SA.
Read more
Advertising
Continue to the category
Coronavirus