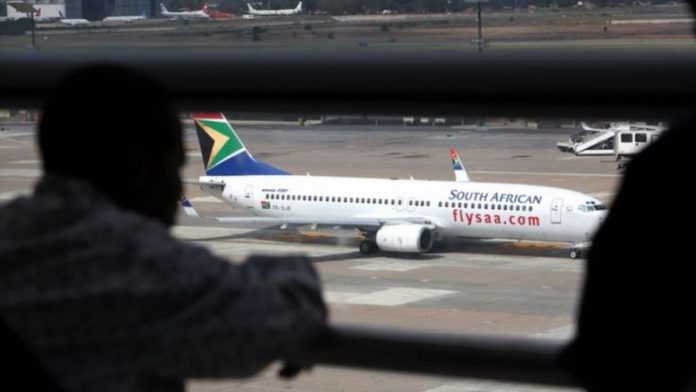 “It seems that some of our stakeholders in aviation got information to the effect that our aircraft had been hijacked,” SAA spokesperson Tlali Tlali told the Mail & Guardian on Monday.

“The matter is currently under investigation.”

One passenger tweeted from his account @sedisemoseneke: “Just landed at OR Tambo, only to be told by captain they suspect our plane is hijacked! He must confirm his identity first!!”

Another passenger, a Cape Town-based businessperson, further described the incident: "We were waiting on the plane runway and they weren’t explaining anything,” he said.

"We noticed police cars and a fire engine pulling up to the side of the plane. Then the captain gets on the speaker and says he’s been on the phone with police, Acsa [Airports Company South Africa], SAA and flight control and they were insisting on coming out to the plane so that the police could verify that he was the captain, and that the flight had not been hijacked – much to our bemusement and wonder.”

About 45 minutes later, following another announcement from the captain, the plane taxied to the designated gate, and after a few more minutes the passengers disembarked. "As we left I asked a flight attendance what had happened and he replied: 'We all good'." he said.

The flight, SAA346, had flown from Cape Town to Johannesburg’s OR Tambo Airport. It landed at about 4:45pm, 25 minutes ahead of schedule, and passengers only got to their arrival gate after 5:30, according to the businessman, who chose to remain anonymous.

'There has been no hijacking'
Tlali would not further elaborate on the cause of the confusion. “You would know that for an aircraft to move from point to point there are a number of stakeholders involved: the airline, airline crew – both flight deck and cabin crew.

"It involves air-traffic control, and it involves a number of other role players. So we’re trying to find out where this particular message originated that the aircraft was hijacked, but we confirm there has been no hijacking incidents involving any of our aircraft today [Monday]," he said.