The king’s things: Behind Dalindyebo’s move to the DA 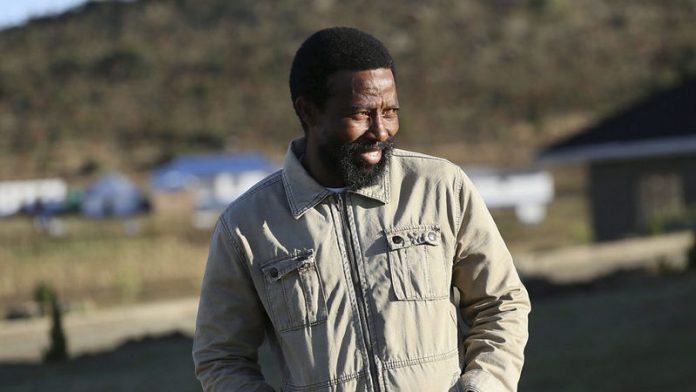 The embattled AbaThembu king is entitled to a long and expensive list of benefits from the Eastern Cape provincial government. But palace insiders say this is not equal to the benefits received by the AmaZulu king, King Goodwill Zwelithini, who hails from President Jacob Zuma's home province.

King Dalindyebo earns a monthly salary of more than R80 000, has two government vehicles at his disposal, and a state-sanctioned catering budget of over R96 000 per year. But this is nothing compared to the R35-million in total that the KwaZulu-Natal government spends on Zwelithini's palaces, wives and general maintenance.

And this is at the heart of Dalindyebo's gripe with the president, and by extension, the ruling ANC. Documents obtained from the Eastern Cape government show the remuneration of the province's six kings is determined by the president. But the additional benefits are determined by each province, which has resulted in the abaThembu king receiving far less than the amaZulu king.

Dalinyebo formally joined the Democratic Alliance on Monday after a long-standing feud with Zuma and his government.

To add insult to injury, Zuma initiated a multimillion-rand development plan for Mvezo, where Mandla Mandela is the chief. The plan is supposed to bring tourism and economic development to Nelson Mandela's birth place. But traditional leaders say this is unlikely to impact Dalindyebo's palace and surrounding areas, which is about an hour-and-a-half's drive away from Mandla's home turf.

Chief Jongisilo Pokwana ka Menziwa of the Inqila yakwaPokwana Traditional Authority near Idutywa in the Eastern Cape told the Mail & Guardian this week that Dalindyebo's move to the DA was ultimately a protest against the ANC-led government's apparent lack of interest in the abaThembu nation.

Big centres of power
The chief, who is also the Johannesburg regional chairperson of Contralesa, accompanied Dalindyebo to the Union Buildings in Pretoria last week to hand over a petition to the president.

Chief among the king's gripes was the fact that his nation, the AbaThembu people, do not receive the resources in terms of development that places such as Mvezo and Zuma's home village Nkandla do.

"If you can develop Mvezo or Nkandla, why can't you develop such a big centre of power, such as the AbaThembu nation?" said chief ka Menziwe.

He added Dalindyebo donated a herd of 65 cattle to the ANC during its centenary celebrations in Mangaung last year.

"The king's blood is black, green and gold. His great grandfather was the backbone of the formation of the ANC. Last year, right in the middle of what the ANC has done to the king – all the negative publicity as well as the court cases plus attempts to have him unseated and/or arrested – the king donated 65 cattle to the ANC in its centenary celebrations," he said.

"So this must tell you a lot about where his heart is at, in spite of these disappointments. I think that the king wants to send a message to the ANC by this DA move. He said recently that the ANC must be taken out of government just for five years so that it can be given time to reflect. He believes that the ANC has begun to see or regard itself as a super powerful untouchable organisation that will deal harshly with anyone who opposes or disagrees with them.

"The king believes that such a mentality is against the ideals and principles that underpinned the struggles of many Africans over the past 350 years."

All the benefits
Ka Menziwa added that Dalindyebo's palace did not receive all the benefits it was entitled to, such as office staff. Currently, local chiefs are doing the palace's admin work, he claimed.

The Act states that traditional leaders' salaries are determined by the president, in consultation with the provincial premier, the commission on remuneration, and after taking into account inflation and other factors.

The presidency referred questions about the president's role in the allocation of resources to kings to the department of co-operative governance and traditional affairs.

Said ka Menzima: "This is exactly what we have been asking for, that the benefits and budgets and protocols relating to kings in South Africa be standardised so that the kingdoms can be on one level, without one being better than the other.

"At the moment, each province decides what it wants to afford traditional leaders in terms of salary or stipend and benefits. If you look at Gauteng for instance, the budget of the only two chiefs under Gauteng is R6-million. But in the Eastern Cape with three kings and three principal traditional leaders and thousands of traditional leaders, I am sure the budget can not be comparable with Gauteng. It is pathetic and divisive."

Dalindyebo, in his petition to Zuma last week, said he wrote extensively to the president about this. But the response he received from the presidency was insufficient, he said.

But can a DA-led government satisfy the king's needs or bring more development to his area?

Ka Menzima believes this is not the central question to be answered.

"There is nothing special that the AbaThembu nation or the kingdom itself want outside of the ordinary. Whether you are a DA government or ANC government, why cant you level the way you afford benefits and respect to kings of the same status within the borders of South Africa?"