Amazulu and Man City all set for Mandela Day match 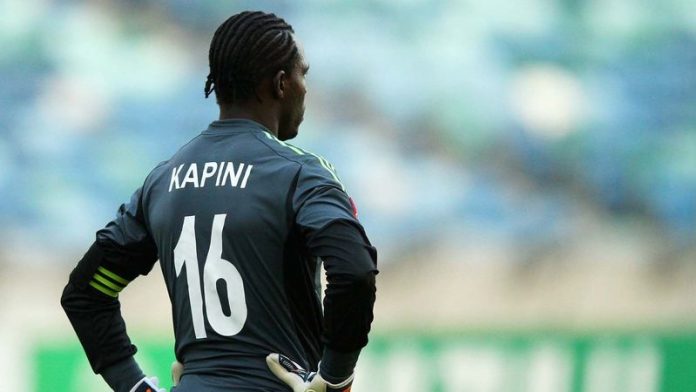 Kapini also hopes the match, in Durban on Thursday will help bolster their preparations for the new season in August.

The English Premier League giants are in the country on the first leg of their pre-season world tour.

Losing their first match 2-0 to SuperSport United on Sunday, the Moses Mabhida clash has been arranged to mark the 95th birthday of ailing former president Nelson Mandela.

Usuthu are coming off a poor 2012/13 season when they ended a woeful 12th after spending a large part of the campaign in the relegation zone.

"We all know that we didn't do well last season, but that is all in the past now," Kapini said.

"A good result against this big club will help our preparations even more."

Looking ahead positively
Coach Craig Rosslee has been heavily involved in the transfer market during the off season, recruiting household names like Sthembiso Ngcobo from Kaizer Chiefs and Letladi Madubanya from Bloemfontein Celtic.

"The coach has emphasised the importance of doing well this year," Zimbabwe goalkeeper Kapini said. "We have been preparing as well as we can.

"If you look at the squad that we have assembled, we've signed a lot of players that want to achieve things. Add them to what we already have and there is a lot of potential. So we're looking ahead positively."

There was no reason why the club could not aim for top honours this season, he said.

"There are some big players we have signed that don't want to play in teams that finish number 12, but want to finish in the top four," Kapini said.

"We think we can do even better than that, get into the top two even and play in Africa.

Humbled
"These are players that can help us get there. So there's a bunch of exciting players that have come here and we know the capability is here at AmaZulu."

City star Yaya Toure, meanwhile, was relishing the prospect of another match against an African team.

"I hope the game against AmaZulu will be no different, only this time maybe we can win."

Toure admitted he was also humbled by the opportunity to play in South Africa on what he described as being a "special occasion for a man that means so much to Africa".

"It's very important because I myself am African and this is the birthday of a great African.

"Madiba is so important to us and I'm proud and honoured." – Sapa