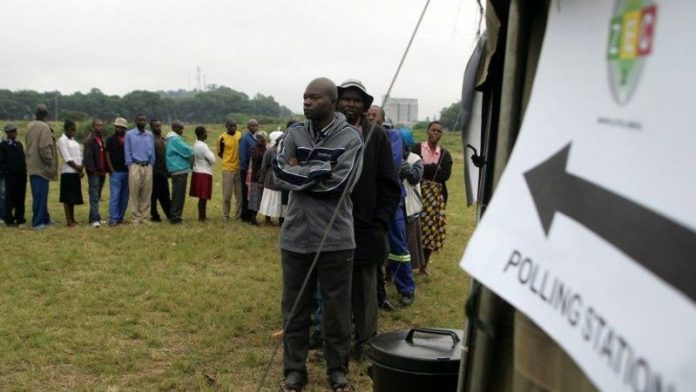 According to the Election Resource Centre on Wednesday, many of the nation's 6.2-million voters will not be likely to cast their ballots if elections are not delayed.

Less than 2% of police and officials eligible for a special vote ahead of crucial national polls managed to cast their ballots in early polling "fraught with irregularities", the resource centre said. About 80 000 police, soldiers and officials will be on duty during the July 31 vote.

Earlier on Wednesday, the state commission said in a statement it apologised to the uniformed forces, state officials "and to political parties and the nation at large" and acknowledged "substantial numbers" of voters were turned away during the special voting on Sunday and Monday that spilled into Tuesday.

"All persons who were deprived of the opportunity to vote will be able to vote on July 31 when the rest of the electorate votes," it said.

Voting papers and equipment were not delivered in time at most of the 210 voting posts, and the resource centre blamed delays in printing the materials. Zimbabweans are scheduled to vote at 9 600 polling stations for countrywide vote that is two weeks away.

The resource centre said the nation faced "further shame and embarrassment" if polls were not delayed. It said Nigeria in 2011 postponed elections twice for logistical reasons and went on to have a fair poll.

'A chaos faction'
​
Prime Minister Morgan Tsvangirai's party, in a shaky coalition with longtime President Robert Mugabe since the last violent and disputed elections in 2008, said in a separate statement the special voting exposed the commission's inability to hold a credible election at the end of the month.

Tendai Biti, the third ranking official in Tsvangirai's party who is also the finance minister, alleged "a chaos faction" in Mugabe's party was trying to derail election procedures to sow confusion across the country for their own gain at the polls.

"This election is illegitimate and unfair. We are participating because the people are tired and want change. We are going to soldier on," Biti said in the statement. – Sapa-AP