A mother with a core of steel 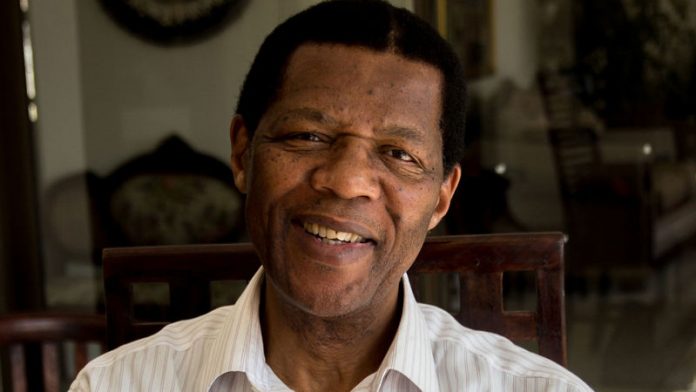 Adelaide Tambo’s reputation as a maternal figure was well deserved — she mothered everyone. But beneath her warmth and empathy there was also great strength, says chief executive of the Oliver and Adelaide Tambo Foundation, Mavuso Msimang.

Msimang recalls his first meeting with Adelaide Tambo in London in the 1970s.

“I was working as Oliver Tambo’s secretary and accompanied him to London. There was no money for hotels in those days, so I stayed at their home in Muswell Hill, North London. I was well received.”

Adelaide Tambo fussed over her guests like a mother, he recalls, making sure they were fed, warmly dressed and worring about their health.

“She would dote on people, serving dish after dish. And if you were going out she would insist that you wore a sweater,” he says.

Adelaide Tambo’s house was comfortable and she went to great lengths to make it attractive.

“I remember she loved vases —there were many vases of all kinds around the house. In fact, she liked nice things. Later, she always insisted that her husband dress well too, sometimes in better suits than he thought he should be wearing.”

While Adelaide Tambo earned the fond title of Ma Tambo thanks to her warmth, Msimang notes that she was also a strong woman, working irregular hours at a nursing agency to raise her children alone, maintain the house and support the struggle. Working for the nursing agency meant taking on the night shifts the full-time nurses did not work.

Her time spent in London was not easy. She suffered from an injured leg that made travelling and working difficult.

Even making phone calls regarding matters of the struggle required going to a phone booth.

“But despite this, she managed to create a home and get her children through good public schools. She had a steely interior; she was no pushover,” says Msimang.

“She was an impassioned freedom fighter and was especially concerned about the poor, particularly women and children. She often spoke of the plight of the poor and the suffering that apartheid had caused. She believed completely in the armed struggle and believed education was a must to lift people out of poverty.”