A poem of infinite legacy 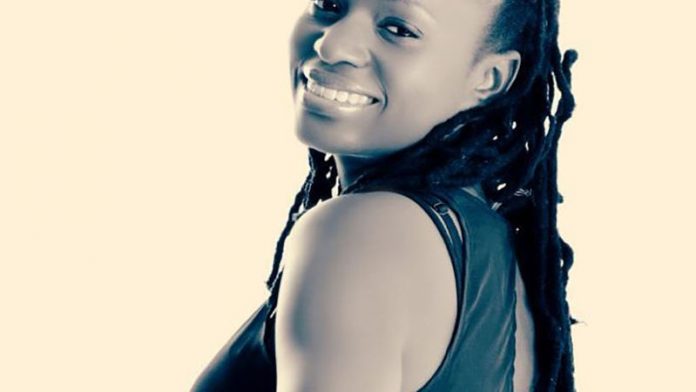 Jabulile Buthelezi, a professional poet, has written a poem in honour of Adelaide Tambo. The poem celebrates Adelaide’s life and her legacy as a woman of inspiration.

The talented 29-year old was contacted by Tselane Tambo to commemorate the late South African icon through a poem.Buthelezi never met Adelaide Tambo personally, yet she still feels deeply connected to her.

“She is one of the women that I’ve always looked up to. I remember when I was young and she was on the news I always used to turn the volume up and listen to what she has to say. I always wanted to listen to her. I would’ve loved to meet her,” says Buthelezi.

Buthelezi likes Adelaide Tambo’s compassion and motherly warmth. “She resembled strength and courage. She engaged with women one on one. I gave it my all. There’s so much to say about her. I picked out the best parts. I wanted it to be the best poem.”

She was honoured to write about her role model, but it was not easy. The first time she tried to write the poem her page remained blank.

This was because she couldn’t articulate the admiration she had for Adelaide and prefers not to rush the creative process. She decided to let the writing happen naturally and not force it.

“It’s strange, but there’s a certain type of inspiration that comes to me when I least expect it. I’ve never forced myself to write just because I have a deadline”.

Eventually it took form with a strong influence of traditional praise poetry.

“I wish she could read it. I would want to know what she would say,” says Buthelezi.

Then she would ask Adelaide Tambo how to acquire her reticence.

“She was steadfast. She survived a lot of things that could’ve gone wrong. She kept on coming up and rising up in her own right.”

She especially liked how Adelaide touched people’s hearts in her own way that was different from her politically renowned husband Oliver Tambo.

“She had her own mission. You don’t need to live in someone’s shadow no matter how big or important they are. You can be with them, supporting them and still be yourself.”

She would like people who read it to feel optimistic about this country’s future and hopefully motivate them to take action against issues that hinder its progress.

“Every South African should understand that they have the responsibility to create change. With no vision there’s no sense of tomorrow or hope. Every person should have a vision of what tomorrow could look like even if there’s no guarantee we’ll achieve it. We need that sense of hope.”

Buthelezi believes that the younger generation should pass on Adelaide Tambo’s legacy and practice compassion for others in a less fortunate circumstance.

One of her main concerns is the education system and its failure to provide adequate service to the children of South Africa.

“The education system in our country is embarrassing. Those are fundamentals we should get right. The education department is the one we need to focus on quickly because those are mindsets that have the potential to interpret policies and legislation better,” she says emphatically.

She thinks writers have an important role to play in solving the problem.

“I cannot imagine myself not writing. I cannot even think of life without writing. South African writers need to be published more and write more so that we have a lot of material that children can learn from.”

Adelaide Tambo’s pioneering spirit lives on in the hearts that she has touched like Buthelezi’s, and it has the power to change the future of South Africa.

A warm timeless connection!
The time of day, when light appeared as the sun arises
The very time that marked the beginning of the twilight before sunrise,
Hope embraced the crack of dawn,
as 1929 saw a birth of a special achiever,
A principal female persona.

A kind that many read about in novels,
Born for such a time as then, opportune,
almost perfect and fertile to host her seeds of influence.
She earned merits as one of Africa’s greatest and most influential mothers

Almost like she had a conversation with God , and took clearly took instructions of how to live out her purpose,
Year after year, building solid base of what change is and how the face of change looks like,
she left a design footnote, into the rainbow Nation flag,
Gave an idea of an ideal South African “humane relation” Growing upright into decades,

She lived to inspire stories told by the the old Lived out by the young,
Graced stages, smaller, bigger and higher
Leaving footpaths of strength, hope and courage

This poem is the perfect poem
As it fed from a lifelong book of truth infinity,
Shared into chapters speaking of remarkable giants,
Placed on pages outlining epitomes of delicate nature,
Rare and still, yet strong and present.
With paragraphs soulfully giving description of “The How”

How this being came , saw and conquered,
How she was able to stand tall
Like an urban tree
Without fall
How thousands live with reflections of hindsight,
How many regard her efforts as glorious might

The dusk of 2007, when it all seemed dark,
Close to almost the collapse of our strong bridge of comfort
Though it felt like a finish, and looked like “The End”
It was a reminder , a whisper , a poke , to not look back,
But to help carry the bags
Filled with zeal for change,
Enthusiasm for newness
That time was a call to
Refocus the lens of hope and move it to coming generations,
Like relay runners , moving the torch of courage forward,
The light of love living,
The hope of good existing

Many still feel the warm touch of Mama Adelaide Tambo
Her long hug of support
Her genuine smile of foresight
Her deep understanding of the
best that MUST be.

The Nation continues to hold on to her memory of great insight,
Her motherly hug that meant “it’s going to be alright, one day soon”

Mama Adelaide, a woman of courage
Your life is a legacy