Companies wait and see over BEE 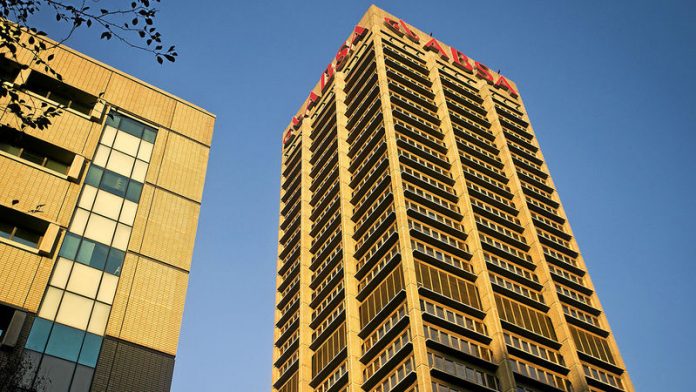 There has been a general decline in the number of black economic investment deals in the past 18 months — especially larger ones.

And shareholder demands for returns, and opposition to the dilution of holdings in companies as a result of black economic empowerment (BEE) deals might make it harder to complete such deals in future, particularly because potential black shareholders are still battling to raise capital.

Brad Webber, co-head of Africa Corporate Finance at Standard Bank, said BEE deals had contributed 70% of the division’s revenue in 2006-2007, but were now contributing only about 10%.

“Personally, I don’t see an increase in deals for at least the next five years,” he said.

Samara Totaram, managing director of the black-owned investment company Thembeka Capital, said she had seen the flow of BEE deals slow down, particularly in the past 18 months.

She also said that greater demand by shareholders for BEE partners to offer value and to contribute capital to deals was on the increase.

Early days
“In the early days, deals were funded by companies with discounts and lock-ins,” she said. “Now companies are asking BEE shareholders to bring capital to the deal.”

Webber said he had noticed a significant push-back by institutional investors who were not keen for companies to take on new BEE deals when their present deals expired. “It’s expensive to fund a BEE

deal and such a deal would see further dilution of the shares of institutional shareholders, who already lost shares in the first deal.”

Totaram said the expiry of some deals, which saw black shareholders withdrawing from the business with their cash, was discouraging companies from doing further rounds of BEE deals.

Michael Katz, chairperson of law firm ENS (Edward Nathan Sonnenburg) and an expert in commercial and corporate law, said there had been a “lull in big BEE deals in the corporate commercial and resources sector”.

Several reasons have been put forward for this. Katz attributed it in part to uncertainty surrounding the department of trade and industry’s revised broad-based black economic codes of good practice and amendments to BEE legislation, which is in draft form.

Discouraging companies
He said volatility in the world’s stock markets and general economic uncertainty had also discouraged companies from undertaking new deals, and a lack of available funding was also a deterrent.

Webber said many companies “are sitting on their hands”, waiting to see what the new codes contained before making any new BEE deals.

“As the draft codes stood, there was significant emphasis on ownership, and a company rated two could fall two places to fourth place if it was felt that it did not achieve sufficient points in the life of the BEE deal,” said Webber.

“That is a significant drop. The present legislation would see a company drop one position in this case.”

The bulk of the large BEE deals would only begin winding down from 2014 to about 2017, which could also explain the present slump.

“When BEE first came in in mid-2000, there was a perceived obligation on companies to get involved in BEE deals. Most of these deals were undertaken in 2005 and 2006 so the deals still have some time to run.”

Companies in no rush
Webber does not foresee a rush by companies to take on new BEE partners if existing black shareholders opt out of deals or reduce their equity, unless it’s a licensing requirement, part of corporate citizenship or necessary for the company to qualify for government tenders.

Webber and Totaram said that the nature of BEE deals were also changing, with some companies opting to give shares to staff or offering shares to communities.

Webber said some companies might consider restructuring their deals and extending them to retain their present partners, and that included deals where BEE partners felt that they were not seeing any value.

“Some deals have not worked and are presently under water. Some companies are opting to restructure the deal to make their BEE partners happy by extending the lock-in period or looking at [better] pricing.”

But there are some sectors where BEE deals are still taking place, particularly in the renewable energy ­sector. There are also deals taking place in smaller, unlisted companies.

Katz said that, when it came to the renewable energy sector and Transnet, from ENS’s perspective, “BEE is still alive and well”.

The programme, which has had an enthusiastic response, is expected to supply South Africa with 3 725 megawatts of power by 2016.

“There are quite a number of deals starting in August around renewable energy and there will be significant deals relating to Transnet coming up,” Katz said.

Anton Baumann of Transcend Capital, which specialises in black empowerment transactions largely with overseas listed companies, said they had seen an increase in BEE transactions, particularly among mining suppliers (who are bound by Mining Charter requirements) and companies in the IT sector, renewable energy and finance.

Companies are also looking at alternatives such as equity equivalent programmes.

For Baumann, these programmes, which allow multinationals to make investments of social or economic benefits, make more sense and offer real empowerment. Microsoft, for instance, has invested R470-million in assisting 10 black-owned software companies.

But disagreements over the value of the companies is slowing down the implementation of the programme, with only six of them ­having been approved by the trade and industry department.

The rules require that companies make available 4% of their revenue from local operations to develop black businesses.