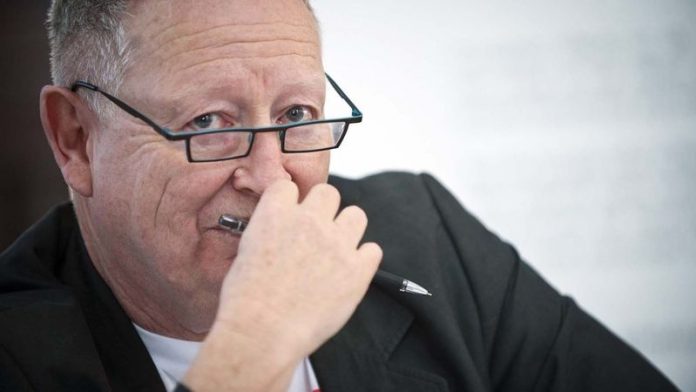 But with a few tweaks, South Africa's regulatory regime will be well geared to discourage them, including the regulations that have seen R1.4-billion in penalties imposed on construction companies, an amount that has been widely criticised as insufficient.

Economists, in particular, who have studied the problem of price-fixing and bid-rigging for decades, say companies need to face painful consequences if caught operating as cartels, although not at the price of discouraging them from selling one another out.

"In a sense, while we support the confirmation of settlement [by way of administrative penalties amounting to R1.4-billion], we also sympathise with the sentiment that the deterrence is too low relative to the possible profits generated," says David Lewis of Corruption Watch, which has argued for bigger fines in the future and for the criminal prosecution of construction bosses.

"But it is up to those who think the deterrence is too low or that they have been insufficiently compensated to take further action. Admission of guilt means the damaged parties can sue."

Leniency clauses, which have been adopted in many jurisdictions around the world, mean initial fines for bid-rigging can be low but open the door to damages claims. Lesser admission-of-guilt payments also help to prevent higher prices and a lack of competition, besides being a warning to other sectors to come clean.

"On each occasion when we have a big event like this, like what happened with bread, or with Telkom, or Sasol, we see people coming to us and saying: 'Hang on, what is it that we should be doing?'," says Lee Mendelsohn, who heads the competition division of law firm ENS (Edward Nathan Sonnenbergs). "We think it [the Competition Commission] has walked the line well, achieving deterrence without burying the small companies, which ironically are the ones who tend to suffer most under penalties."

Anti-competitive behaviour
The combination of deterrence and ensuring the survival of companies caught is accepted as the best way to clean up markets. Trying to prevent collusion altogether is simply not feasible.

"We have a history of concentrated industries in South Africa," says Kasturi Moodaliyar, associate professor in the school of law at the University of the Witwatersrand and recent co-editor of a book on anti-trust issues. "You can look at mergers, make sure an industry is less concentrated but there is only so much you can do."

Instead, Moodaliyar says, in-house compliance is a simple and cost-effective way to reduce anti-competitive behaviour.

Companies caught in cartels, or industries where it is suspected, she says, should be required to implement education campaigns "so that employees are aware about how they should conduct themselves at meetings and in discussions around pricing – the things they can do and cannot do".

However, judging by guidelines to combat illegal-bidder collaboration published by the international Organisation for Economic Co-operation and Development (OECD), the South African public-sector tender system has unique problems that make exploitation by cartels a little easier.

Among the OECD's recommendations is keeping potential bidders from one another, where possible.

"Invite interested suppliers to dialogue with the procuring agency on the technical and administrative specifications of the procurement opportunity," the organisation counsels. "However, avoid bringing potential suppliers together by holding regularly scheduled pre-bid meetings."

This is contrary to the compulsory pre-bid briefings often included in government tenders. Such meetings not only create a list of those who could be involved in a cartel but also bring them face to face.

The OECD recommendations also run counter to the preferred treatment for black-empowered bidders. "Avoid any kind of preferential treatment for a certain class, or type, of suppliers," the guidelines read.

But the OECD's compilation of methods to detect collusion also shows that cartels are not always particularly bright in their methodology. Adjudicating officials are advised to watch out for competitors mistakenly using one another's letterheads, or making the same spelling or calculation errors in their bid submissions.