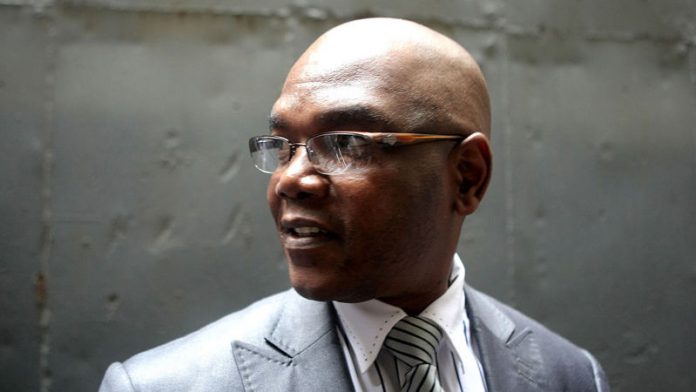 The shocking new claims against the police's crime intelligence division include torture, murder, fake hijackings, obstruction of justice and cover-ups.

Allegations of nepotism and corruption against the higher echelons of the division have surfaced since the Hawks and other agencies began probing suspended crime intelligence supremo Richard Mdluli more than two years ago – but a string of damning new statements have deepened the scandal.

They are contained in court documents submitted by the division's Colonel Johan Roos as part of a labour dispute with the South African Police Service.

Among the claims is the startling implication that suspended intelligence financial officer Major General Solly Lazarus faked two hijackings during which at least R1-million in cash was stolen from him.

The claim is made by a senior crime intelligence officer, referred to only as "Colonel A" for his own protection. According to Colonel A, Lazarus was hijacked "at least" twice and in both incidents he had "various expensive laptops and large amounts of cash in his car".

Lazarus's cellphone was apparently also stolen in the hijackings.

Ordinary procedure
However, according to the colonel's statement, Lazarus did not report the hijackings and the ordinary procedure for reporting the crimes was ignored – no fingerprints were ever taken from Lazarus's car and he was never polygraphed in connection with the incidents.

The source claims that a Captain Roger Hinz, using a "grabber" to intercept cellphone signals, was asked to trace Lazarus's allegedly stolen phone and "he [Hinz] traced the instrument to Major General Lazarus", who then allegedly claimed he had supplied investigators with the incorrect phone number.

Colonel A also reveals an incident in which a police suspect was allegedly tortured and murdered.

In a February 2012 Hawks progress report on their investigation of crime intelligence, Colonel A refers to an incident in Booysens, Johannesburg, during which a suspect was allegedly tortured and drowned in a bath by a "special crime intelligence unit" created by Lazarus.

Lazarus is facing criminal charges and an internal disciplinary inquiry over his alleged abuse of the secret service account, used to fund covert intelligence operations.

The source notes that, "in most of the cases the special units are involved in or are in charge of, correct procedures are not followed.

"Evidence is usually short or missing, and crime scenes are tampered with and/or staged to suit their stories".

Referring to the alleged incident in Booysens, for which the date is not given, the source claims: "The suspect was interrogated and tortured at the scene, [and] died (drowned in the bath) under suspicious circumstances. But according to the death certificate, he died due to natural causes."

Working knowledge
In his labour case, Roos has relied on his own investigation notes, given to his bosses, and statements from crime intelligence sources with a working knowledge of the secret service account.

Roos's court application – reported by City Press last Sunday – shows the depths of alleged criminality within the crime intelligence division and points to the apparent complicity of external auditors in hiding the crimes.

The case revolves around his bid for reinstatement in his previous position in the division's auditing unit, after he was transferred to another unit in 2010 by Mdluli.

As the head of internal audit at crime intelligence from 2004 to 2010, Roos alleges that he discovered many instances of fraud and corruption in the division, which he claims were covered up by senior officials.

He takes specific aim at former crime intelligence bosses Mulangi Mphego, Mdluli and Lazarus. Mphego resigned in 2009 and the other two are on paid suspension.

Lazarus appeared again in the Pretoria Magistrate's Court this week on charges of theft, fraud and corruption, relating to buying cars for friends and family with funds from the secret services account.

Both he and his co-accused, the division's former head of procurement, Colonel Hein Barnard, celebrated with their lawyers on July 18 after the charge of theft against them was reduced from R1.2-million to R370 000.

But while they grinned and slapped each other on the back, the latest revelations in Roos's court proceedings have cast further suspicion on both Lazarus and Barnard.

Colonel A's statement to Hawks investigator Lieutenant Colonel Piet Viljoen goes further than the charges Lazarus and Barnard currently face – that they bought cars for themselves with taxpayers' money.

Covert premises
The colonel alleges that Lazarus created two "special intelligence units" – allegedly filled with his family members, as well as those of Mdluli and other senior crime intelligence officials – that benefited from unlimited state resources.

The special units appear to have had their own source of funding, drawn not from crime intelligence's head offices in Erasmuskloof but from a "separate advance office created by Lazarus at his covert premises".

In Colonel A's statement to the Hawks, it is alleged that the units allowed members to draw up to R30 000 a month for operations that were not accounted for, while legitimate crime intelligence and priority crime operations were either "rejected or delayed".

The officer says that a Colonel Takoorparsadh "acknowledged during a meeting held with crime intelligence management on April 4 2011 that these special units' applications for projects get approved by General Lazarus with no delay, while other justifiable crime intelligence projects on priority crimes are rejected and/or delayed with no apparent reason".

Viljoen noted in his 2012 report that the allegations the Hawks received from Colonel A and Roos had been "90% substantiated with our investigations so far".

Roos uses this evidence to support his claims that his transfer in 2010 from the audit department by Mdluli was a way to stop him from digging any deeper into the nefarious activities allegedly going on in crime intelligence.

When Mdluli was appointed to head up crime intelligence in July 2009, Roos claims he was summoned to meet with Mdluli "out of office hours", and that the latter wanted to "clean the place up" and charge guilty members. Mdluli allegedly mentioned Lazarus's name.

Mdluli then appointed him to lead a task team to investigate cases of corruption.

Enquiries
However, "the investigation was suddenly stopped" and Mdluli's attitude changed, Roos claims.

"He [Mdluli] was suddenly friends with the same people he had tasked us to investigate," he notes.

Fraud and corruption charges against Mdluli, relating to his own alleged abuse of crime intelligence's secret service account, were provisionally withdrawn in 2011.

Prior to his dealings with Mdluli, Roos reported to Mphego.

According to Roos, Mphego "got very upset" with him and told him to "stop with his inquiries at once".

Mphego allegedly instructed Roos not to discuss his findings with anyone, including the audit committee.

Roos says he stopped reporting these issues "as it was evident that certain members, especially in management, were above the law".

In January 2009 Mphego, who was facing charges that were later struck off the roll, resigned from the police. He could not be reached for comment.

Lazarus has been on paid suspension since November 2011. His lawyer, Etta Szyndralewicz, said her instructions from her client were that he did not want to comment "until all the matters have been finalised".

Survey: Three in ten adults are scared of the police