The politics of the potato chip 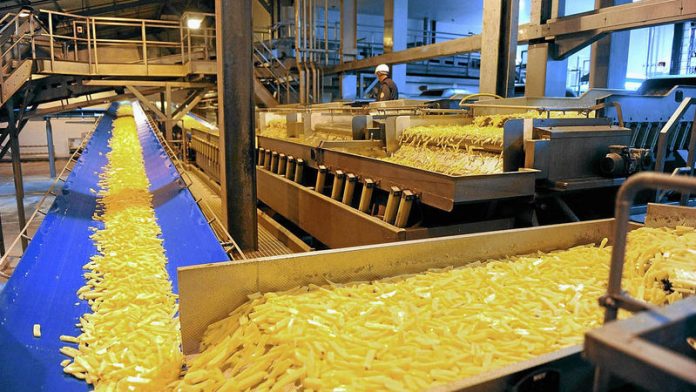 The South African frozen chip industry is waging an import tariff war against European markets, accusing them of snatching away new baskets of opportunity created by a growing fast-food sector in the country.

The struggling industry hopes to see the slowing down of frozen chip imports, which have increased by almost 1 400% over the past four years and cut into South Africa’s burgeoning fast-food and consumer markets. Of particular concern are Belgium, the Netherlands, France and Germany.

Together, these four countries have made up more than 75% of all frozen chip imports to South Africa since 2009 with Belgium alone making up 35% of that figure.

On July 8, the International Trade Administration Commission of South Africa (Itac) announced that an import tariff of 61.42% would be imposed on frozen chips from certain countries for the subsequent 200 days.

The “provisional safeguard duty” was put in place after it found that an alleged surge of imports of frozen chips was “causing serious injury” to the domestic industry.

“Itac made a preliminary determination that there was a recent, sudden, sharp and significant increase in the volume of imports both in absolute terms and relative to production from the 2009 period,” wrote chief commissioner Siyabulela Tsengiwe in the commission’s application to the South African Revenue Service for the tariff to be imposed.

Investigation
Itac launched the investigation in response to an application made by the country’s largest frozen chip producers. It was led by McCain Foods SA and supported by Nature’s Choice Products and Lamberts Bay Foods.

But Affected Potato Importers, an unincorporated body representing major chip importers K&M International Trading, Lamb Weston, Merlog Foods and Agristo, has criticised the premise on which the investigation was made.

According to Business Day, the Affected Potato Importers said the increases in import tariffs did not cause serious injury to the local industry.

It said McCain had used old import statistics to substantiate its claim.

“Of greater concern is that Itac actually initiated this investigation with the full knowledge that this information was significantly outdated,” it said.

The South African market had been flooded with European products at prices too low to compete with, said producers.

A big knock on prices
“The massive surge in imports has forced us to take a big knock in our pricing and brought our profitability under threat.”

The recession was largely to blame for the influx, said Wolthers, because European producers had geared themselves up for rising demand in the industry just before the 2008 financial downturn.

“Then the recession happened and they had all these chips sitting around,” he said.

In South Africa, the fast-food industry has sustained healthy growth throughout the recession.

The latest food and beverages report by Statistics South Africa showed that income in the fast-food industry had increased by 11% between February and April this year, compared with the same period last year. The industry accounted for over 34% of all income generated in the sector.

The EU has historically implemented generous export subsidies in the agricultural sector, which have enabled producers to sell products in recipient countries for highly reduced rates.

The EU had committed in 1995 to reducing export subsidies from €14.5-million to €9.9-million by 2000, but has failed to make good on its promise, said Tsengiwe.

According to Wolthers, not only do European potato producers benefit from enabling policy, they also enjoy more conducive climatic conditions, with longer daylight hours in their growing season and ample rain.

“The [local production] costs are comparable with Europe,” said Wolthers. “It is that [here] the raw potato product is more expensive.”

After the 200-day increased tariff period, Itac will make a recommendation to the minister of trade and industry on whether or not to impose a definitive safeguard duty for a temporary period of up to six years, Tsengiwe told the Mail & Guardian. Several developing countries will be exempt from the duty.