SA soldiers killed at Bangui were ‘unprotected’ by bulletproof vests 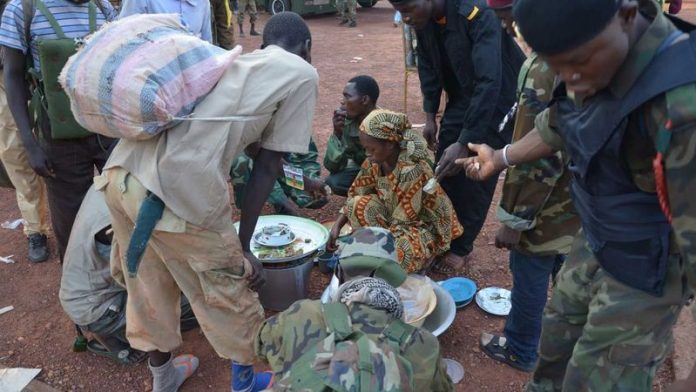 Colonel Renier "Doibi" Coetzee, a senior South African Special Forces officer, made the claim on behalf of his superiors at a press conference in Pretoria earlier this week, Beeld reported on Friday.

He said soldiers who had worn their jackets correctly during the battle in the Central African Republic on March 23 withstood several bullets and survived the ordeal.

After the conflict it emerged that some of the South African troops had not worn their jackets in the prescribed way, said Coetzee.

"Some took out the bulletproofing plates, while others just wore breast plates. This left their backs unprotected," he said.

Coetzee said the army was currently evaluating both instructions for wearing the jackets, and the quality of items being issued to soldiers.

"It is true that our jackets are a bit old, and that the technology is a bit outdated… but there's nothing wrong with them," he said.

Wearing the jackets was optional, and especially when it was hot, soldiers tended to remove the plates from the vests.

"American and British soldiers in Afghanistan eat and sleep with their jackets on, and they would not dare move from camp without them. This is one of the things that after the current evaluation will probably become mandatory for our soldiers," he said.

Announcing the news, President Jacob Zuma said: "It is a sad moment for our country. We are truly proud of our soldiers, about 200 of our men fought a force of more than 1 000 bandits for nine hours."

The main clash occurred at a SANDF base on the outskirts of Bangui and was coupled with other isolated incidents around the Central African Republic capital.

SANDF personnel were on the ground as a bi-lateral military agreement with the country, which was signed in 2007 and renewed in 2012.

However, questions have been raised about Zuma's motivations for taking SANDF into the conflict, with the Mail & Guardian reporting the SANDF were deployed to protect business interests related to the ANC – a claim which it has denied.

The guidelines follow a court order in the case of Collins Khosa, who died after an alleged assault by members of the army and the Johannesburg metro police
Read more
Advertising