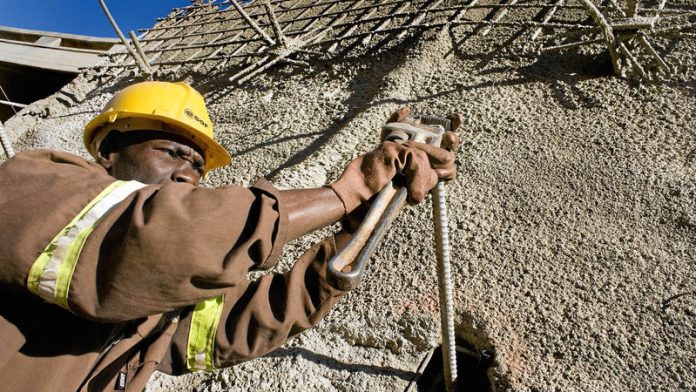 The Cape Times reported on Monday that the board had appointed a team to investigate the companies, after which it could decide to impose fines, deregister or disqualify companies from tenders.

The board could fine a company up to R100 000 and bar it from public sector construction work tenders for up to 10 years.

"The [Competition] Commission has found them guilty of collusion. We will be investigating collusion in terms of the code of conduct," acting board chief executive Hlengiwe Khumalo was quoted as saying.

On June 24, the Competition Commission reached a settlement with 15 construction firms, including Murray & Roberts, for collusive tendering in contravention of the Competition Act.

The newspaper reported last week that seven major construction and engineering firms met secretly in 2006 to allocate tenders on World Cup stadium projects, and to agree on a 17.5% profit margin.

Corruption Watch on Wednesday said it made a submission to the Competition Tribunal for the hearings into the R1.46-billion settlement agreements facing top listed construction firms, which rigged bids for, among other large projects, the 2010 soccer World Cup infrastructure projects.

The submission follows the Competition Commission's call on June 24 for 15 construction firms to pay penalties for collusive tendering. The penalties announced at the time were a percentage of the annual turnover of each company and took into account the number of projects each company was involved in. It was the commission's single biggest collective settlement involving private companies, according to Minister of Economic Development Ebrahim Patel at the time.

In Corruption Watch's submission, the organisation said it pointed to other action that could be taken to increase the effective penalties imposed on the firms settling, and so increase the level of deterrence.

"In particular, Corruption Watch called on all those affected by the collusive tendering – including municipalities, provinces and private entities – to institute civil claims for damages suffered," it said.

Criminal charges
The organisation said it also called on shareholders – particularly pension fund trustees and public financial institutions such as the Public Investment Corporation – to take legal action against directors who had been aware of, or who should have been aware of the conduct.

"Corruption Watch also called for the relevant prosecuting authorities to lay criminal charges against individual directors personally involved in the tender-rigging in terms of the Prevention and Combating of Corrupt Activities Act," Corruption Watch said.

According to the civil society organisation's statement, "To prevent blaming others further down the chain of command, Corruption Watch called for section 34 of the Act to be explored too – which mandates those in positions of authority to report any corrupt activity over R100 000 to the police. Failure to report means a hefty fine or up to 10 years in prison."

According to whistleblowing organisation's statement on Wednesday, 12 of these firms – including Aveng, Basil Read, Murray & Roberts and WBHO – agreed to the settlement; while Group 5, Construction ID and Power Construction did not accept and now face prosecution.

"While Corruption Watch agrees the fines are not large enough to ensure effective deterrence, it does recognise that the settlement should go ahead because investigating and prosecuting firms for each and every project they were involved in would take too much time and cost too much money.

"The three firms which did not agree to the settlement will now be prosecuted. If found guilty they will undoubtedly be hit by significantly higher penalties. Those who have settled have undertaken to cooperate in the investigation and prosecution of their co-conspirators who have refused to settle," said Corruption Watch.

Last Wednesday, the South African Local Government Association asked for access to the full records of agreements between the Competition Commission and 15 companies.

But Competition Commission legal counsel David Unterhalter said the challenge was to punish illegal behaviour but not to make fines so high that it crippled companies. – Sapa