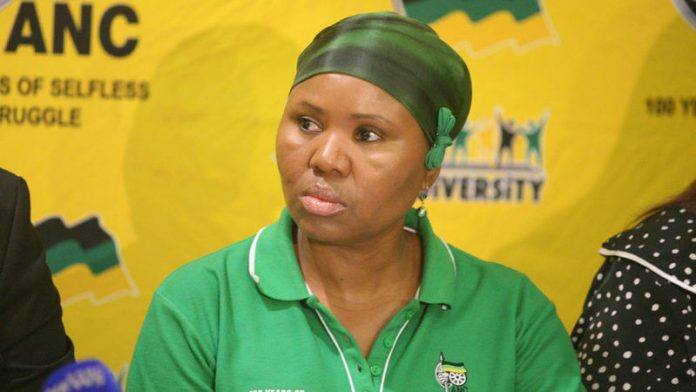 "The ANC has noted the coverage that suggests that the ANC through its secretary general [Gwede Mantashe] has defended the international relations adviser to president [Jacob] Zuma, comrade [Lindiwe] Zulu, against a statement released by the presidency," spokesperson Jackson Mthembu said on Tuesday.

Zulu reportedly said on Friday that there were difficulties ahead of the July 31 elections in Zimbabwe, following problems with early voting.

"If things didn't go right in the special vote, those things need to be looked into by the time of elections on July 31," Zulu was quoted as saying.

Mantashe defended Zulu
On Sunday the presidency said the statements made by members of Zuma's team dealing with Zimbabwe were "unfortunate".

Some newspaper reports suggested that Mantashe defended Zulu on Monday. He told reporters in Johannesburg she had been given the responsibility to deal with media and diplomats on Zimbabwe.

Mthembu said on Tuesday that Mantashe's response to a question on the statement from the presidency, was that Zulu was tasked with communication and diplomacy by the facilitation team on Zimbabwe.

He said Mantashe's response on the matter was: "While the ANC would not venture into this matter, my own understanding, from reading the presidency statement, was that misgivings arose from communication that was not cleared with the president."

Mthembu said Mantashe further stated that the Zimbabwean situation was a sensitive matter and any communication on that country should be treated accordingly.

"The ANC wants to put it on record that we respect and support the intervention of the presidency regarding the South African facilitation team … to facilitate the Zimbabwe process towards free and fair elections," Mthembu said. – Sapa