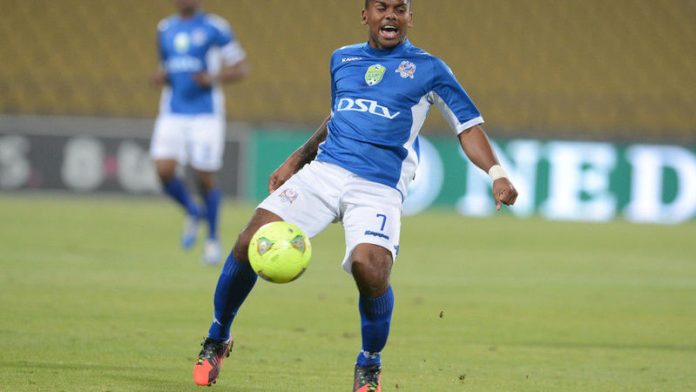 Kermit Erasmus is expected to be unveiled by Pirates chairperson Dr Irvin Khoza later this week, according to the Sowetan on Tuesday.

Earlier negotiations over a move for Erasmus from SuperSport United to Orlando Pirates were bogged down over his salary demands, sources close to the transfer talks said.

Erasmus was given an ultimatum by SuperSport to make up his mind as to whether he was staying or leaving the Tshwane side.

The trio tabled offers for the former South African youth international and it is up to the player to decide on one of the three, or if he will stay with Matsatsantsa a Pitori. Pirates emerged as favourites to land the youngster's signature. With Chiefs having re-signed lethal marksman Knowledge Musona on loan and Sundowns signing no less than five attacking players, chances are Erasmus might sign for Pirates, where there's shortage of strikers.

"His name has been thrown about, but he is one of many other names. He is a good player, no doubt about it, and would add to any team," De Sa admitted earlier this week.

Pirates might win his signature as they have previously signed a number of players from SuperSport. Katlego Mashego, Teko Modise and Daine Klate are among those who switched from Pretoria to Orlando.

For the first time in recent memory, the PSL’s forwards are giving us a scoring race to be excited about
Read more
Advertising
Continue to the category
Politics