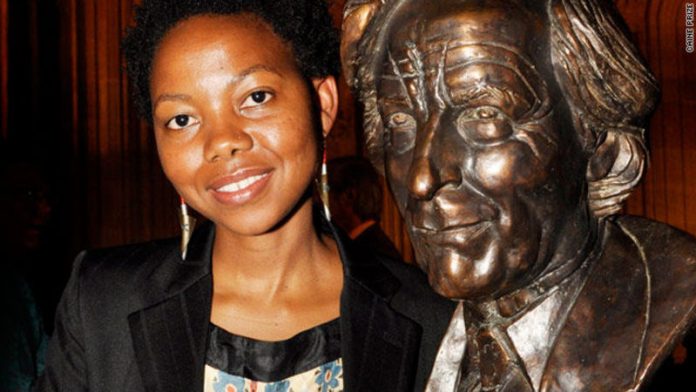 The longlist for the prize, one of the English language's top fiction awards, names 13 writers from seven countries.

Announcing the list, the judge Robert Macfarlane said: "This is surely the most diverse longlist in Man Booker history: wonderfully various in terms of geography, form, length and subject."

"These 13 outstanding novels range from the traditional to the experimental, from the first century AD to the present day, from 100 pages to 1 000, and from Shanghai to Hendon."

If you thought the name NoViolet Bulawayo is an improbable one, it’s probably because hers is a moniker. Born Elizabeth Tshele in 1981 in Tsholotsho, in the south of Zimbabwe,  she moved to the United States when she was 18.

A previous winner of the Caine Prize, she is also the recipient of the Truman Capote Fellowship. She won the Caine Prize in 2011 for the story Hitting Budapest, included in her debut novel as the first chapter. The beautifully written story is told using a deceptively simple but mature child narrator.

It begins: “We are on our way to Budapest: Bastard and Chipo and Godknows and Sbho and Stina and me. We are going even though we are not allowed to cross Mzilikazi Road, even though Bastard is supposed to be watching his little sister Fraction, even though mother would kill me dead if she found out; we are going. There are guavas to steal in Budapest, and right now I’d die for guavas, or anything for that matter. My stomach feels like somebody just took a shovel and dug everything out.”

In total, seven women are on the list, the others being Alison MacLeod with Unexploded, Charlotte Mendelson with Almost English, Canadian Ruth Ozeki with A Tale for the Time Being, and New Zealand's Eleanor Catton with The Luminaries.

The judges will meet again in September to decide a shortlist of six books and the winner will be announced at a ceremony on October 15 in London.

Percy Zvomuya
Percy Zvomuya is a writer and critic who has written for numerous publications, including Chimurenga, the Mail & Guardian, Moto in Zimbabwe, the Sunday Times and the London Review of Books blog. He is a co-founder of Johannesburg-based writing collective The Con and, in 2014, was one of the judges for the Caine Prize for African Writing.