Zim elections: Give us fresh ideas, not insults 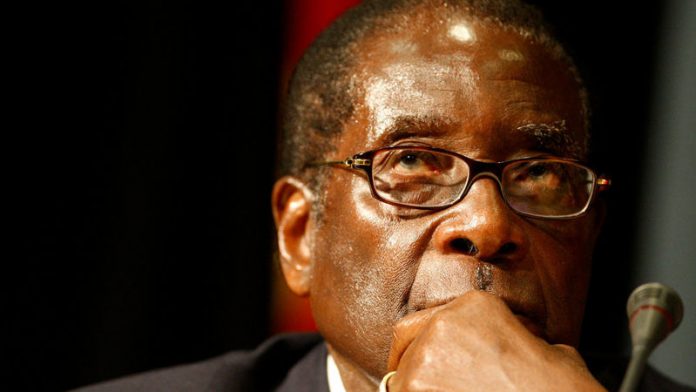 It is election time in Zimbabwe, I tell my friend. My president is not short of insults as he campaigns for votes.

Although Zimbabweans are thirsty for new ideas from Mugabe, he seems totally unaware of the needs of his audiences. The recent launch of his party manifesto was a typical example of a man who has totally lost touch with what communication is all about. His audience just wanted to hear what he was going to do differently this time around.

Thirty-three years along the road of power, Mugabe's election campaign language has remained mired in vile words: war, battle, conquer, crushing the enemies and other unmentionables. He seems to know no other language. Having run out of new ideas, the thrust of Mugabe's political campaigns has nothing to do with new national programmes.

Although Zimbabwean law forbids citizens from insulting the president, the law does not stop him from insulting others. And the line between criticising and insulting is extremely narrow, judging by the overenthusiasm of those employed to get angry on his behalf: police and secret agents.

So, dozens of civilians have been arrested and dragged before the courts for the mildest rebukes of the president's behaviour.?The insults range from joking about His Excellency who is not so excellent to serious critical remarks about the president's responsibility in ruining the country's economy and its socio-cultural fabric.

Mugabe can easily be rated as one of the most foul-mouthed presidents in the world. My Gambian friend thinks no one can be more vulgar than Jamer. The military man is reputed to give hour-long broadcasts of pure venom and vulgarity on national days. Regardless of my friend's arguments, I believe Mugabe still tops the list.

Dirty corner
As an elderly man one would expect from him a certain restraint that signifies the wisdom that comes with age and experience.

When Mugabe is cornered politically he does not argue his case rationally. He verbally abuses those he suspects of having put him in that dirty corner.

Sadly, he is completely oblivious to the fact that oftentimes he is the one who puts himself in such unenviable positions.

His reserves of vile vocabulary never seem to run dry.

In recent weeks he called South African diplomat Lindiwe Zulu an ordinary, stupid and idiotic street woman for insisting that Mugabe should respect and honour what was agreed upon with the opposition.

As the supreme leader of the nation, he believes he is above even his own word. It angered him to be on the receiving end of instructions on how to behave from a woman, and a young one at that. So, he insulted her while the issues she addressed remain unattended.

Child-producing machine
He is like a man who wastes all his bullets shooting guinea fowl while elephants are just behind the hill, as the Shona say.

He is thoroughly averse to engaging with women on an equal basis. As the eternal patriarch, he seems to think a woman's task is simply to be a wife and a child-producing machine. He has threatened lesbians with jail if they don't impregnate each other.

All Mugabe knows about love relationships is that they should be aimed at producing children with urgency. By this logic, it would seem couples who are past child-bearing or who are not gifted with children should just divorce.

Without addressing the issue of homosexuality as an African socio-historical reality, he goes off at a tangent to call it a European import. Show me a society without homosexuality. Every society sometimes chooses to hide behind masks with the illusion of being invisible.

Such warped attitudes towards women are clearly observable in Mugabe's party structures and activities. The women's wing has the sole purpose of entertaining the main wing, which is dominated by powerful men. Women are for the leisure of men. They dress up in fabrics decorated with Mugabe's image at the front and back.

The men wear imported European suits to party congresses without any sense of guilt for dressing women so shamefully.

Historical responsibility
There is a pattern to Mugabe's aversion to women diplomats. Only a few years ago he called United States assistant secretary of state  Jendayi Fraser a prostitute. Fraser had expressed deep displeasure and sadness at Mugabe's human rights record.

Diplomacy has never been one of Mugabe's attributes. Condoleezza Rice, the former US secretary of state, the country's highest-ranking diplomat, also received her share of Mugabe's vulgarity. He boldly called her "that slave girl", meaning she sheepishly and obediently serves her white master without thinking.

It is the most painfully vulgar insult one can inflict on a black American. It evokes floods of the sadness of historical pain inflicted on the former slaves by both black African rulers and white slave traders.

I have met African Americans who actually hate the Africans who remained on the continent, including me. We sold them, they curse, and rightly so because we have a historical responsibility for the crimes of our ancestors.

Mugabe's statements show a total lack of awareness of the wrongs of history as well as the present responsibilities on African leaders. His statement denigrates all blacks who have suffered the history of slavery. His insensitivity will astound even an infant of the history of black people.

It is worse when first shopper Grace Mugabe joins the fray, as she did last week with crudities such as calling Morgan Tsvangirai "ugly", as if the elections were a beauty contest.

While the boulders of poverty crush the people, the president is busy inventing new insults.

In this crucial election we want new ideas and proposals to take the country forward.

Chenjerai Hove is a Zimbabwean writer in the diaspora