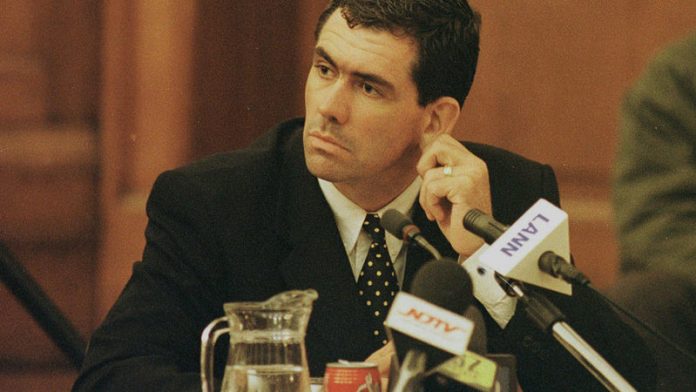 The 13-year-old case was accepted on Tuesday, a day after police filed a 93-page charge sheet relating to 13-year-old allegations of match-fixing, according to the Press Trust of India.

The Indian Express reported in November 2011 that the case was reopened because the Delhi police were still awaiting a forensic laboratory report on match-fixing, which deceased South African cricketer Cronje admitted to in 2000.

But on Tuesday the court suspended the proceedings against Cronje, the former South Africa captain, because he died in a plane crash in 2002.

The police charges accuse the men of conspiring to fix matches between South Africa and India in India in March 2000, according to the news agency.

Cronje's teammates, Herschelle Gibbs and Nicky Boje, who have also been accused of fixing matches, were not targeted in the charge sheet.

The men were accused of being bookies, Press Trust of India reported.

The decision to re-open the investigation came after three Pakistani players – Salman Butt, Mohammad Asif and Mohammad Amir – were sentenced to jail for spot-fixing by a British court in 2011.

In May this year, police arrested three Indian cricketers over allegations of spot-fixing during the Indian Premier League.

Chawla is believed to be in Britain and Khattar in the United States and police said they would begin pushing for their extradition. – Sapa-AP

Cheated, we turn to a superhero

Caught at last, a brazen Jo’burg con artist must face the music

Picturing my kingdom as an island