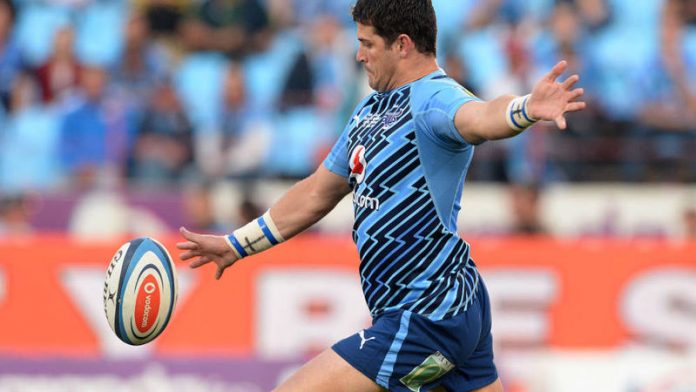 The battle on Saturday among the forwards was always going to be the deciding factor in the match, with the tourists enjoying the upper-hand in this department for most of the match.

The first 10 minutes at Loftus Versfeld in Pretoria belonged to the Brumbies as they put 10 points on the board in this period to leave the Bulls reeling.

The Australians fired the opening salvo as inside centre Christian Leali'ifano succeeding with a penalty three minutes into the match. The visitors further showed their intent to dominate the set phases as they out-muscled the Bulls in the first scrum of the match in the fifth minute, enforcing a penalty from a kickable position.

Leali'ifano pulled his penalty attempt to the right that would have given his team a psychological six-point lead early in the match.

The missed opportunity, however, came at a small price as they found their way over the whitewash three minutes later to score the first try of the evening.

Danger man Henry Speight lived up to his reputation as playmaker and showed up the Bulls' defence. When he was finally chased down, he managed to offload to fullback Jesse Mogg to score the try, with Leali'ifano converting, to extend their lead to 10 points.

The Bulls' plight was further complicated with Morne Steyn missing his first attempt at goal in the 14th minute. Two minutes later the Bulls reduced the deficit when outside centre JJ Engelbrecht powered his way over the tryline, with Steyn's attempt going wide of the posts.

The Bulls flyhalf finally found the target in the 22nd minute to bring his side within two points of the Brumbies.

However, the visitors pulled back another three points with Leali'ifano succeeding with his attempt, while the Bulls responded with three points of their own 10 minutes from the half-time break.

Leali'ifano had the final say in the first half with Leali'ifano bringing an end to the tit-for-tat kicking to hand his side a five-point lead going into the break.

The Bulls started the second period with great intent and came painstakingly close to scoring shortly after the kickoff with Grant Hattingh being held up over the line. Steyn, however, gathered the three points through a penalty conversion to again get his side within two points of the Brumbies.

The Bulls flyhalf and Leali'ifano continued to exchange kicking duties two more times until the hosts took the lead for the first time in the match in the 51st minute when Steyn landed his sixth penalty of the game.

The plot, however, reached farcical levels as Bulls captain Dewald Potgieter opted to go for the sideline rather than going for the points on three occasions. All three times the Bulls failed in their attempt to score from the lineout and it ultimately backfired for the Pretoria side.

Potgieter's earlier doubtful decisions, however, came back to haunt him as Brumbies outside centre Tevita Kuridrani crossed the whitewash to silence the Loftus faithful, with Leali'ifano ending the match as he started it, with a conversion.