Egypt: More than 70 dead in clashes at Morsi rallies 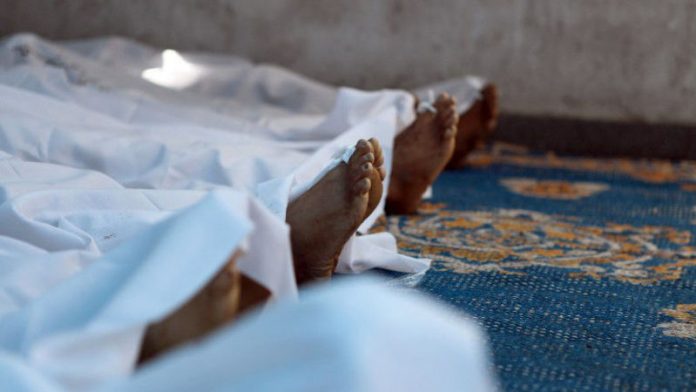 Rival rallies were staged for and against Mohamed Morsi In the heaviest bloodshed since Morsi's July 3 overthrow.

Ahmad Aref, spokesperson of Morsi's Muslim Brotherhood, on Saturday said 66 people died in the violence and another 61 were left "clinically dead".

The health ministry gave a death toll of 65 in Cairo and another nine in the Mediterranean city of Alexandria since Friday.

An AFP correspondent earlier counted 37 bodies in an Islamist-run field hospital at Cairo's Rabaa al-Adawiya mosque, and the emergency services said other hospitals received an additional 29 corpses. In the wake of the Muslim weekend bloodshed, Egypt's interior ministry insisted security forces had not used live fire, and blamed the clashes on Islamists.

Interior minister Mohammed Ibrahim, for his part, warned that pro-Morsi demonstrations, which his supporters have vowed to keep up until he is reinstated, would "soon" be dispersed.

The death toll prompted international consternation and condemnation from a key Egyptian cleric as well as Mohamed ElBaradei, a former opposition leader now serving as vice president in a transitional government.

The latest violence erupted at dawn on Saturday outside the mosque, where Morsi supporters have been camped since the week before the military ousted him.

By midday, medical workers began ferrying bodies wrapped in white shrouds to hospitals, carrying them on blood-soaked stretchers past a furious throng of Morsi loyalists.

"Allahu akbar! [God is greatest]," chanted the crowd which formed a corridor to waiting ambulances. Some wept and women ululated defiantly as each body was taken from the makeshift morgue in a marble-floored section of the mosque.

Rival protests were likewise held on Friday in Egypt's second city Alexandria, where the ministry said nine people were killed.

The Cairo violence was the deadliest since 53 Morsi supporters were killed outside the Republican Guard headquarters in the capital on July 8.

It prompted condemnation from Ahmed al-Tayeb, the sheikh of Egypt's key Muslim institution, Al-Azhar. He called for an "urgent judicial investigation" and punishment of those responsible, "regardless of their affiliation".

ElBaradei, who joined the transitional government that took over after Morsi's ouster, condemned what he termed the "excessive use of force".

International governments also joined the condemnation, with British Foreign Secretary William Hague urging "Egyptian authorities to respect the right of peaceful protest, to cease the use of violence against protesters, including live fire, and to hold to account those responsible".

The EU urged "a rapid move to an inclusive transformation process" that would include the Muslim Brotherhood. Egypt's interior ministry defended the actions of security forces, with spokesperson General Hany Abdel Latif insisting that police "did not use more than tear gas".

He accused Islamists of firing on the security forces, wounding 14 policemen, including two who were in critical condition after being shot in the head. Interior minister Ibrahim said security forces would act to disperse the pro-Morsi demonstrations "in a legal fashion" and "as soon as possible".

Security forces would seek to ensure "the minimum losses possible", he said, expressing hope that Morsi loyalists would "come to their senses" and go home.

The bloodshed came hours after army chief General Abdel Fattah al-Sisi, who led the coup that ousted Morsi, called for a mass show of support for a crackdown on "terrorism".

Hundreds of thousands of anti-Morsi protesters obliged, thronging Cairo's Tahrir Square and around the Itihadiya presidential palace. But Morsi supporters said their turnout showed many "reject the bloody, military fascist coup that wants to set the wheel of history back".

On Friday, authorities remanded Morsi in custody for 15 days, accusing him of the "premeditated murder of some prisoners, officers and soldiers" when he broke out of prison during the 2011 uprising that toppled veteran strongman Hosni Mubarak, MENA said.

He also stands accused of conspiring to "storm prisons and destroy them … allowing prisoners to escape, including himself".

The military has so far kept Morsi's whereabouts secret to avoid attracting protests by his supporters.

Egypt, the Arab world's most populous country, has been rocked by violence that has now killed some 300 people in the less than four weeks since the coup.

Political polarisation has raised fears of prolonged violence, and even a militant backlash, including in the Sinai Peninsula bordering Israel, where the army is already facing daily attacks. – AFP