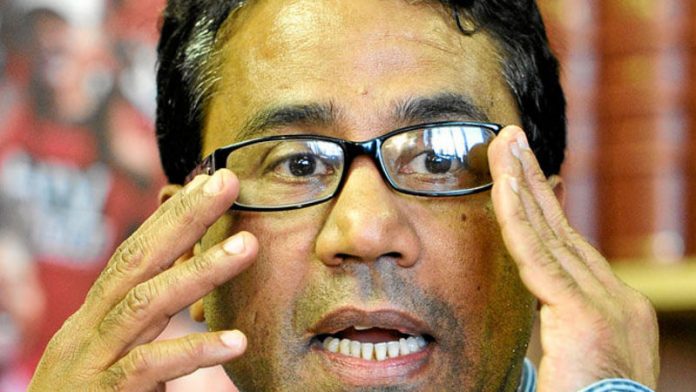 Hot on the heels of the South African Democratic Teachers Union's (Sadtu) major victory in getting basic education director general Bobby Soobrayan to face disciplinary action, the union has told the Mail & Guardian it is not prepared to sit back and watch the process unfold.

On the contrary, Sadtu wanted to be represented by a strong legal team at the department's disciplinary hearing brought against Soobrayan, Mugwena Maluleke, the union's secretary general, said.

"The first step for us is to write to the department to get the charges he's facing, and then we'll get senior counsel to represent us there. We want to be vigilant to ensure that the hearing looks into all the allegations we have brought against him," Maluleke said.

News that Soobrayan will face a disciplinary hearing within 10 days became public when the basic education department announced it in a media statement on Tuesday.

Basic Education Minister Angie Motshekga said she had allowed Soobrayan to take "special leave to afford him the space to adequately prepare his defence".

The union's one gripe with Soobrayan stems from his alleged reneging on an agreement he signed with teacher unions in 2011 to double the salaries of matric exam markers. In December last year, he told unions the department could not afford the increase.

"As an accounting officer, he should have known the department would not have such money. It means he signed without a mandate. [Former national police commissioner Bheki] Cele was sacked for the same offence," Maluleke told the M&G.

Maluleke said that the union, by seeking legal representation at the hearing, was not demonstrating its political clout.

"We've embarked on action to get rid of him. We had several marches, even to the president. That was our show of force. Now we are dealing with legislated issues."

The department has not specified what charges Soobrayan faces but Maluleke said the union hoped they would include the long list of allegations it had made about him since December.

They included the nonsupply of textbooks and unanswered questions about his role in awarding schoolbook tenders.

"We hope the department will do the right thing when charging him. We don't want anything that will cause further disruptions to the public education sector," Maluleke said.

"We welcome the disciplinary hearing against the director general. Such a senior official can't remain under a cloud. We hope the process will be wrapped up as soon as possible," he said.

"We agree with Sadtu on this. We don't buy into the story that signing the agreement [on payments for matric markers] was an error," Manuel said.

The department's statement on Tuesday said Motshekga had referred Sadtu's allegations to the Public Service Commission. Following correspondence from the commission, and on the advice of senior counsel, Motshekga decided "these matters [should] be ventilated in a disciplinary hearing".

Neither the department nor Soobrayan responded to the M&G's requests for clarity on the charges or further comment.