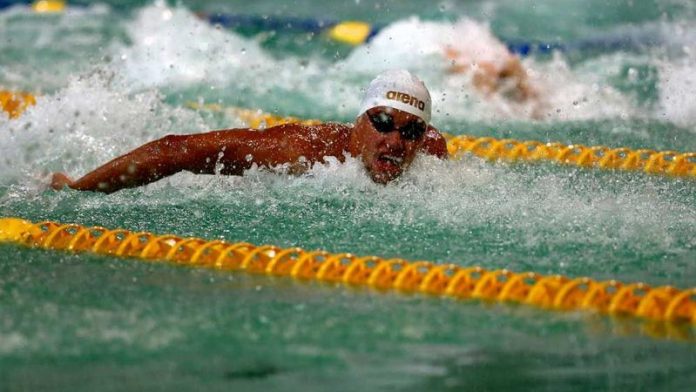 To cap a great South African evening at the Palau Sant Jordi pool, Guilio Zorzi, who was swimming in his first major championship finals, won bronze in the 50m breaststroke.

Le Clos, who last year stunned American superstar Michael Phelps to win gold in London over the distance, won in a time of 1:55.01 seconds, beating Poland's Pawel Korzeniowski by 0.57 seconds.