Who is Khanyi Dhlomo? 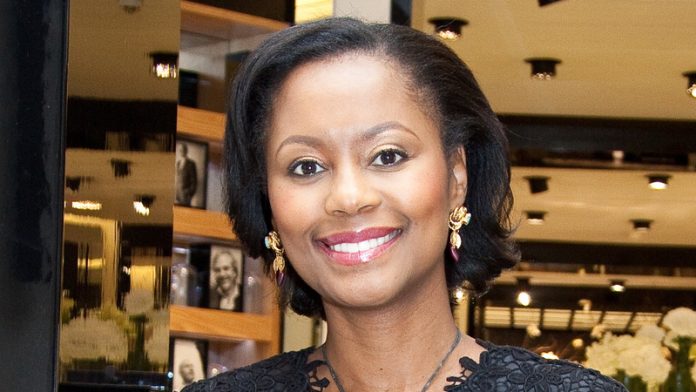 South African media darling and business mogul Khanyi Dhlomo has again found herself in the spotlight. But this time her latest venture has been tinged with the unwelcome whiff of scandal.

Dhlomo's decade-long dream to bring a Paris-style mini-department store to South Africa has gone sour as many reacted with outrage to the fact that the venture was partly funded by the cash-strapped National Empowerment Fund (NEF), to the tune of R34.1-million.

Questions have been raised about the amount of the loan, and whether Dhlomo used her clout and political connections to secure the loan to open the Luminance store in Hyde Park, under her company Ndalo Luxury Ventures.

But both the NEF and Dhlomo have insisted that the application process was followed to the letter, and that the capital outlay is normal for the industry, and secured with the large payment of R15-million put down by Dhlomo and her partner Dr Judy Dlamini.

The NEF told the Mail & Guardian that there was a lack of ownership by black women in the retail space. The deal includes a 10% ownership by rural women who also contribute to the products in-store.

But who is Khanyi Dhlomo?

In many ways, Dhlomo has been the poster girl for transformation in the media industry. She was at the right place at the right time at various stages of her career, but her rise to prominence has been fuelled by her hard work and big vision.

She grew up in Umlazi, KwaZulu-Natal, and was educated in Pietermaritzburg. Her roots in the province would later see her choose rural women from the area to partner with in her Luminance venture, at the NEF's behest.

A delicate beauty, she won the Thandi Face Cover Girl competition at the age of 16, sparking what would be an enduring love affair with the magazine industry.

She went on to study communications and it was in Johannesburg that she got her big break. Dhlomo was famously South Africa's first black newscaster in 1995, at the tender age of 20. A lowly-paid SABC freelancer and student at the time, she was the right person for the state broadcaster to put in front of the cameras, in part to prove their commitment to the new South Africa in the first year after the country's first democratic elections.

She quickly became a firm favourite in South African households. But the ambitious Dhlomo still dreamed of breaking into the magazine industry and made a huge sacrifice to get there: she abandoned the security of her television job to become an assistant at the beauty and make-up department of True Love. A series of events  again saw her luck change soon after. Her boss left, the magazine's publishers looked to reposition the magazine to a younger, blacker audience, and Dhlomo found herself heading up the magazine at the age of 22.

The story is now legendary: she did intensive research into her new target audience and within a year True Love's circulation doubled from 70 000 to 140 000 and the magazine became the most widely read glossy women's magazine in the country. She continued growing the magazine for eight years, finished her degree, won awards for her editor role and later went on to become the face of beauty brand, Lux.

A mixed period followed this heady success: Dhlomo's marriage hit the rocks and she left to Paris for the unlikely role of managing South Africa's tourism board there. But she apparently enjoyed her 18 months there. She said in an interview: "I was in my favorite city outside South Africa and promoting my country to the French market – accentuating its tourism assets in the era after sanctions."

It was in Paris, while visiting the boutique hotels and large department stores that the seeds of her vision for Luminance was first sown, while her love for media nagged at her. Wanting to improve her business know-how she left Paris to do her MBA – in no lesser place than Harvard Business School, in 2007.

Her time at Havard proved to be pivotal. Not only did she meet her second husband, Nigerian management consultant Chinezi Chijioke, but also a key mentor in magazines: Jonathan Newhouse, chairperson of Condé Nast International. Under his tutelage a new vision was born and Dhlomo returned to South Africa's shores after her extended hiatus to start Ndalo Media – a joint venture with Media24. The company publishes two high-end magazines: Destiny Magazine and Destiny Man, as well as lifestyle and social media portal, DestinyConnect.com and South African Airways magazine Sawubona .

Her latest venture with the Luminance store is her first foray into the retail space and involves importing high-end designer items into South Africa, while also producing items under the Ndalo brand and stocking local designer items. In the latest reaction to the store, Trade and Industry Minister Rob Davies has called for a report into her company's loan from the NEF.

He said in an interview after briefing Parliament's trade and industry portfolio committee on Tuesday that he wanted to determine whether the funding was in line with the NEF's mandate and whether or not there was a need to strengthen that mandate, Business Day reported. The Democratic Alliance has also asked for an explanation.