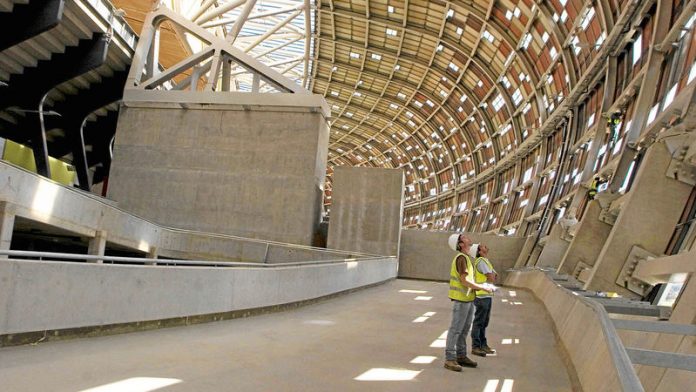 In the aftermath of the construction cartel revelations, where heavyweights are alleged to have systematically excluded smaller players from winning tenders, members of the Black Business Council (BBC) have intensified their call to the state to ban existing tender requirements.

Members of the council representing black business this week expressed open dissatisfaction at the BBC’s lack of action, despite undertaking to lobby for the Preferential Procurement Policy Framework Act to be scrapped, or to take the matter to the Constitutional Court.

The council has long criticised the Act, which outlines how state entities should award tenders. It argues that the law gives nothing other than price preference to black tenderers, and that it does not atone for other difficulties faced by small black companies in tendering to government — such as access to capital.

In May, the group announced its intention to march on the treasury buildings in July to make itself heard. However, by the end of the month no such action had taken place.

Meanwhile, members said black businesses were losing millions applying for tenders that they will never get while the Act exists.

According to Greg Mofokeng, secretary of the Black Business Council Built Environment, price collusion had eroded the bidding process.

BEE
“Collusion has undermined BEE and a fair tendering process,” he said.

“It has ensured that BEE does not succeed. We want to see the ringleaders fired from their jobs.”

But many felt that the effects of collusion could be combated with the doing away of the Act. And members were impatient to see progress.

“We spoke about our concerns about the Act previously and we got very little feedback and have made very little progress,” said one member at the council’s consultative meeting held at Midrand’s Gallagher Convention Centre on July 31. “If we want the Act to be scrapped, we need a course of action.”

“Ek is hierso [I am up to here],” said another member from the construction industry, drawing his hand across his throat. “I no longer want to talk. [While you talk about these issues], the contractors at the grass-roots face serious challenges.”

Xolani Qubeka, chief executive of the council, outlined the progress the group had made in lobbying for the removal of the legislation. Its wish is to set up a joint committee between the department of trade and industry, the treasury and the council to review state-owned entity “set-asides”.

The treasury has issued a practice note to rein in this process, citing a tolerance for increased price: the current Act allows bidders with a higher black economic empowerment (BEE) rating to add 10% on to the price for larger tenders. The council feels the opposite should take place.

“The exemption that was provided to state-owned entities must be extended,” said Qubeka. “We need to get the Act either repealed or scrapped.”

Nevertheless, President Jacob Zuma had requested the group to hold off on this until it had further consulted with the government, Qubeka explained.

Another engagement is scheduled for August 6.

In the meantime, black business becomes increasingly impatient to grow its slice of the state-owned pie. And, according to Teddy Daka, executive chairperson of Tedaka Technologies and former head of the South African Airways tender board, the existing Act often precludes black entrants entirely.

“The Constitution allows for preference. The Act puts price preference in place.

“The law says the state is willing to purchase [black empowered goods and services] at a price that is higher than market price. Price preference is good but it assumes that the only difficulty a black entrant faces is one of price,” he said. “Price preference is not the only form of preference you should give.”

Large companies that know the industry and the tender system could easily exploit the Act to their advantage, said Daka. The legislation places a weighting of 80% on price and 20% on BEE score for smaller tenders, and 90% weighting on price with 10% weighting on BEE for larger tenders.

“Through collusion, large companies can drop their price lower than the band,” said Daka, meaning that a company with sufficiently low prices could score more points than those with a good BEE rating.

“It’s like the story of having a race with someone who is disabled. I say: “You’re disabled, so I will let you start the race 20m in front of me. But I’ll still pass them and win the race!” he said.

Calling for reform
Instead, said Daka, the business council was calling for public sector procurement reform that addressed all the factors that hinder black businesses from transacting with the state. This included ensuring that companies could meet tender specifications without incurring unnecessary costs.

This would give companies more time to prepare for tenders and would take into account the difficulty some companies face to access capital.

Nevertheless, the Black Business Council’s viewpoint is not shared by all groups representing business in the country.

Differences in opinion about the Act led the council to opt out of unity talks with Business Unity South Africa, a call led by fellow black business representative group, the Black Management Forum.

“We agree that business unity is paramount but first we need to level the playing field,” Qubeka told the Business Day at the beginning of July. “There are issues that we are currently dealing with such as the Act and the Broad-Based Black Economic Empowerment Bill, on which we don’t see eye to eye.”

Paul Janisch, a black empowerment commentator, believes that the council’s argument that the Act is unconstitutional may lead to a legal impasse.

However, said Janisch, “people like me would counter that by suggesting that the promotion of a class of person in state procurement favours them unfairly over other citizens”.

Because one side will argue that the “discrimination” proposed by the council is unfair and the council will justify the move, “it is vital that this issue does go to the Constitutional Court,” wrote Janisch.

If the proposals of the council are accepted without their merits being tested by the court, there will be undesirable consequences, said Janisch.

The higher premium would place an increased burden on the taxpayer, and black suppliers being paid a premium by the state “will never be competitive in the private sector”.

Nevertheless, Daka said there might not be a need to take the issue to the highest court in the land.

“I’m not seeing a disagreement,” he said. “I’m seeing a need to talk.”

Sakeliga has a ‘secret agenda’