Safa’s dirty war about to get ugly 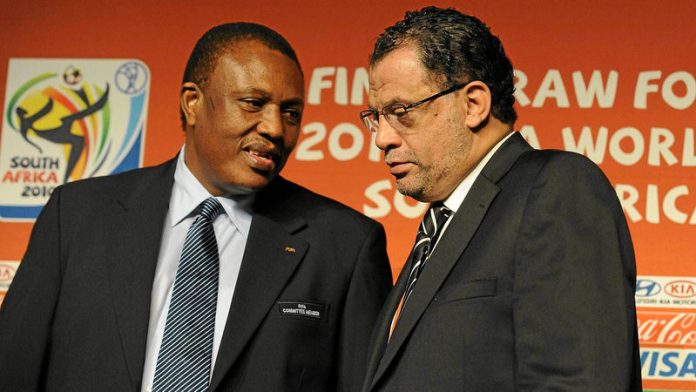 Danny Jordaan has recently taken to whipping out his iPad and providing formal and informal audiences alike with a quick turn through local football history.

His analysis begins with the "Stix" Morewa era, which coincides with Bafana Bafana's 1996 Africa Cup of Nations victory, before plunging into the reign of the South African Football Association's (Safa's) very own Louis XVI – Molefi Oliphant. Safa's King Louis was succeeded by the current incumbent, Kirsten Nematandani, a president who has done his best to turn the ship around while being plagued by the usual accusations of infighting, a pre-World Cup match-fixing scandal and the fact that Safa's executive structure is arguably the most bloated in South African sport.

Jordaan's analysis is interesting because it's holistic – it looks at the entire system. All too often, the media and the fans play a willingly delusory game by subscribing to the cruder analysis: that Safa, which controls the national teams and grass-roots development, and the Premier Soccer League (PSL), which administers the professional league, are binary opposites, bookends of the system.

This system, goes the argument, can be viewed in many ways – as either robustly dysfunctional or as a happy money-spinner with broadcast revenues that make it the envy of the developing world – but there is no debate about its terms; we always accept the reassuring familiarities of the battlefield scene.

On the one side range the PSL troops, led by general Irvin Khoza, a spit-and-polish army that, at first glance, appears in far better shape than the grimy, ramshackle regiments of Safa. The latter are led by the almost serially sincere Nematandani, with the increasingly weary general Jordaan loitering in the shadows.

Sporting his usual millennial stubble, Jordaan looks rather like he always has – a righteous refugee from the Old Testament. With Safa's elections coming up on September 28, he appears to be reluctantly considering one last set-piece battle, confirming last week that he has received considerable support from the Safa regions, but falling short of saying he will actually run for president.

It is not overstating the case to say that Safa's future lies with him and whether he attracts sufficient nominations come the closing date of August 20.

Should he run, he faces multiple agonies. Safa has still not solved the match-fixing crisis, which dates back to May 2010, six disastrous weeks before the World Cup, in which four dubious friendlies against third-rate opponents were in all probability fixed. In an effort to clean up the mess, it organised its own investigation, promptly suspended its president and acting chief executive, Dennis Mumble, among others, and then, in a remarkable turnaround, changed its collective mind.

The Safa executive's indecision prompted one of its number to leak a secret dossier to the South African Sports Confederation and Olympic Committee (Sascoc), which then campaigned for government involvement to solve the impasse. On the face of it, such selflessness would appear noble, but this is the postlapsarian world of South African sport.

Both Sascoc and the government had ample time and opportunity to do the right thing before being leaked the report. Other motives were probably at play, such as a jockeying for position within one faction or another ahead of September's elections.

The saga continued because, after Sascoc went to the government, Sports Minister Fikile Mbalula was obliged to do something with the dossier. (How awash South African politics is with secret dossiers and never-to-be-seen reports.) Arguing for a fully fledged commission of inquiry, he went to the president because such an inquiry can be constituted by only one thing – a presidential pronouncement. At the time of writing this, it has failed to materialise, so widening the sense of drift.

Aside from the fact that no decision is always a form of making a decision, President Jacob Zuma is in an unenviable position. Should he pronounce and actually constitute the commission of inquiry, he threatens to plunge Safa further into crisis, implicating some of its current management team even more than currently appears to be the case.

Do nothing, and Safa – and the sport in general – continues to list, trying to pretend it is functioning, when in fact it is slowly sinking, with sponsors such as Puma threatening to stomp off in a self-righteous Teutonic huff.

Now that the World Cup circus tent has moved on, Puma can afford to get in touch with its hitherto hidden moral self without threatening its business interests unduly.

Although these uncertainties mean that Safa is an organisation struggling to retain and attract sponsors, not everything it does is without motive or direction.

One of the tangible benefits of hosting the 2010 World Cup is that ticket revenues from the tournament accrue to the hosts (while broadcast-rights revenue swells Fifa's coffers).

This money has gone into a World Cup Trust Fund and the money from the fund should provide the massive injection of capital to push development into a phase of organisational efficiency that will ensure the health of the game (at both grassroots and professional levels) for years to come.

Robin Peterson, Safa's former chief executive, is in charge of development at Safa and he has big plans. One is a performance-management database that will capture and track every young footballer in this country and monitor their progress.

The system has been modelled on the Deutsche Fußball Bund, and, theoretically at least, has the potential to revolutionise development in this country. Such a revolution will ­benefit all.

None of this can really happen – or, if it does, it will happen in a situation of such ambiguity and crisis that it is almost worthless – while the spectre of elections hangs over everyone's head.

Culpability
The only certainty is that Nema-tandani, the current president, is seeking re-election, with Jordaan and PSL chairman Irvin Khoza also coming close to (in the case of Jordaan) or actually having thrown their hat (in the case of Khoza) into the ring.

Nematandani, who has a highly developed streak of decency that rather makes him look like a celibate in a group of serial philanderers, has already admitted to his culpability in the scandal, so how can he reasonably have an administrative future,  certainly until the match-fixing matter is solved?

One course of action is to postpone the elections, thus giving Zuma an opportunity to surprise the nation and exercise his mind. A potential compromise might be that the commission of inquiry is framed exceptionally narrowly; in other words, that its terms of reference are such that the outcome is to put the matter to rest without the hollow clunk of too many rolling heads.

The commission's conclusions would be unsatisfactory, but they would have succeeded, at least, in freeing the system from its current paralysis. A postponed election could then continue and South Africa's very own version of the Truman Show (or Groundhog Day, take your pick) will roll through another few years.

The problem with this scenario is that in early April in Switzerland, Fifa, the minister and Safa agreed to limit the commission's terms of reference to match-fixing, subject to the involvement of Fifa's ethics committee member Michael J Garcia.

As attractive as it might look, postponement might actually be the worst possible outcome for Safa, which will continue to bleed sponsors and leak credibility, giving its enemies ample ammunition with which to beat them.

Finally, ponder this: Sascoc is an organisation without a sponsor. It seems only too happy to pronounce on the limitations and shortcomings of others while conveniently forgetting that it can be accused of the same sins. The same holds for the minister and the department of sport and recreation, who seem hellbent on carving up netball, basketball and boxing into professional franchises, rather than solving the crisis in football.

Overriding advantage
Were Sascoc and the minister of sport really interested in solving the crisis, they would pronounce on the match-fixing scandal and solve it, for better or worse. They would then move to legislate in such a way that football fell under one statutory body like, say, Argentina, which administers professional football and amateur and grassroots development from under one roof.

This wouldn't solve all of South Africa's football problems, but would have the overriding advantage of changing the current layout of the battlefield – a vindication (of sorts) for Jordaan's analysis of the current system. For how different would it all be if government legislation didn't prevent Safa from selling its Bafana Bafana broadcast rights to the highest bidder, as the PSL did when it sold its rights to SuperSport? This, really, is what separates the two armies.

The PSL, which is deemed to own product that isn't in the national interest, can go to market to attract the highest bidder; Safa must limp alongside the perpetually damaged SABC, sometimes sharing its crutches. It doesn't seem fair.

In the meantime, football will continue to be engaged in the coming months in its own phony war, its own sorry procession of leaked stories to the daily press, secret dossiers and tiresome fights about whether the bigger clubs, such as Kaizer Chiefs, Orlando Pirates and SuperSport United, did or didn't agree to release their players for Cosafa Cup duty.

As the Safa election approaches, the dirty war is going to get dirtier, the allegations, counterallegations and jockeying for spots on the Safa national executive – to be whittled down by half by 2016 – darker and more foreboding.

As someone who knows Safa like the back of his hand told me recently: "It happens every four years, but it's never been this bad – it's absolute bedlam."