Women’s bodies are not fodder for power games 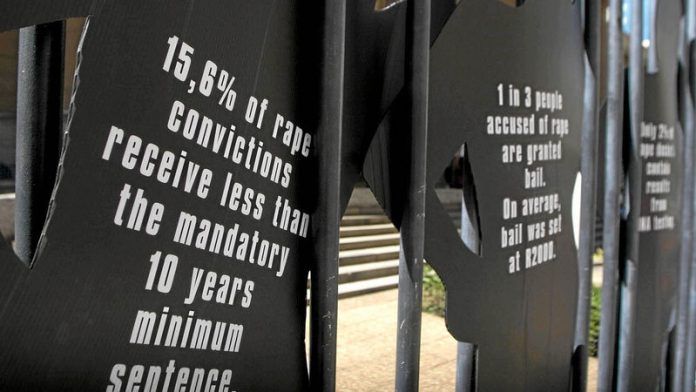 I'm not surprised by this spectacle. But what worries me is a rape accusation being seen as a political ploy. Yet another leader in South Africa now has a sex scandal hanging over his head. He says the accusation is part of a smear campaign because he didn't support President Jacob Zuma at Mangaung.

This isn't new in South Africa. This dismissal of rape in our public discourse is worrying. How can we take rape seriously in this country if women's bodies are used as bait in a political game? The pervasive dismissal of rape where men in power should be held responsible – charged and jailed – but get away with it makes it difficult for us to concede collectively as a country that women's bodies are under siege.

The most obvious case was that of our president. Vavi's incident reminds me of Makhaya Ntini's case in 1999 when he was accused of rape: throughout the case, the accuser was seen as an enemy of the state and part of a conspiracy to ruin Ntini's career.

Why is it that powerful men continue to be at the centre of rape cases and seem to be getting away with it?

This highlights several issues. First, it's okay to use women's bodies as a ploy in politics. Second, politics is a dangerous space for women and the masculine nature of politics shows that women can be discredited in the process.

We also learn that women are being silenced more and more; public discourse suggests that when a woman reports a rape it can be dismissed easily and, more importantly, she will be the one who is punished.

Furthermore, men get the message that they can get away with rape – they just need some political power and then they can dismiss a woman's charges. I don't know the full extent of the Vavi story but this is part of the rape problem: a woman's body is the evidence and the site of the crime. The woman is the person who has to report the crime. Yet women's

bodies and their stories can be nullified if a powerful man wants to save his political career.

The issue of rape came up recently in my grade nine class discussion. The context was not related to the Vavi case; we were talking about the justice system in relation to Bob Dylan's song, The Hurricane, about the unjustly jailed boxer Rubin Carter. I asked the class to find recent examples of the justice system failing on the grounds of unfair discrimination. One of the girls mentioned that race and gender can be a factor.

One of the boys vehemently opposed this, saying rape cases were often the result of a girl or woman lying about being raped.

A 15-year-old boy has learned that it's okay to dismiss rape cases. And after hearing about the Vavi case he will tell me that his opinion is justified. This idea that women often lie about rape undermines the thousands of women who are silenced and never report rape or sexual violence.

Whatever happens, Vavi is the victor in this case. Once again a woman has been placed on the proverbial altar to be sacrificed.

We shouldn't wonder why women do not feel safe in this country when our leaders are telling us that we are mere objects, that we are fickle and can change our stories overnight – or, in fact, in a mere two hours.

Athambile Masola is a teacher in Cape Town. An earlier version of this piece was published on ThoughtLeader.co.za