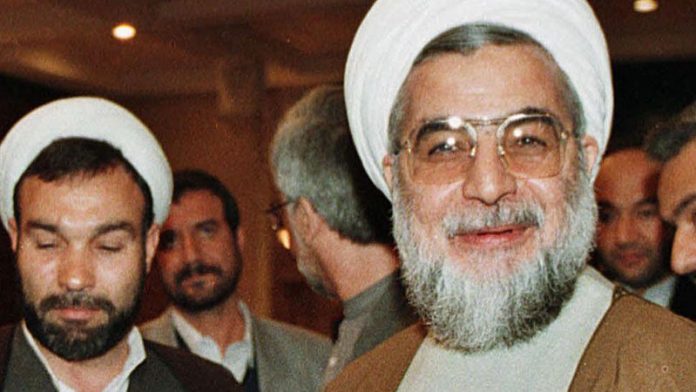 On Sunday, new Iranian President Hassan Rowhani promised the Syrian Prime Minister Wael al-Halqi that there would be no change in the two countries' close alliance, Syrian state media reported. "No force in the world can shake the solid, strategic and historic relations that bind the two countries in friendship," Rowhani told Halqi, who was in Tehran for the Iranian president's swearing-in. "Syrian-Iranian relations are based on understanding and a common destiny," the Syrian Arab News Agency (Sana) quoted him as saying.

The new president pledged "Iran's unwavering support for the Syrian people and government,  to restore stability, face up to challenges, support efforts for reform and find a peaceful solution to the crisis." The two governments have been close allies since the 1980 invasion of Iran by Saddam Hussein, when Damascus took Tehran's side in the ensuing eight-year war.

Iran has been the main regional ally of President Bashar al-Assad's regime in its efforts to defeat an uprising against his rule that erupted in March 2011, sparking a conflict in which the UN says more than 100 000 people have died. Halqi handed Rowhani a letter from Assad in which he "insisted on reinforcing the strategic relations" between the two countries, Sana said. He said the two governments had the "will to face up to conspiracies of the West, the US and their tools in the region, who are seeking to weaken the axis of resistance". The last was a reference to the alliance between Damascus, Tehran and Lebanese Shiite militant group Hezbollah, whose fighters have openly intervened in the Syrian conflict since late April.

Rowhani formally took office on Saturday at a ceremony in which he received the endorsement of supreme leader Ayatollah Ali Khamenei, who retains the final say on all strategic issues, including nuclear talks with the the major powers.

Israeli Prime Minister Benjamin Netanyahu lashed out at new Iranian President Hassan Rowhani on Sunday,  "The president of Iran may have been changed but the aims of the regime there have not," Netanyahu said. "Iran's intention is to develop a nuclear capability and nuclear weapons, with the aim of destroying the state of Israel."

Western governments suspect that Iran's nuclear programme is cover for a drive for a weapons capability. Iran insists it is for power generation and medical purposes only. Both the US and Israel, which has the Middle East's sole, if undeclared, nuclear arsenal, have refused to rule out a resort to military action to prevent Iran developing a weapons capability. Rowhani succeeds Mahmoud Ahmadinejad, whose turbulent two-term presidency was marked by frequent outbursts against Israel.

Rowhani too took a swipe at the Jewish state during Friday rallies marking the annual Quds (Jerusalem) Day. "In our region, a wound has for many years been sitting on the body of the Islamic world in the shadow of occupation of the holy land of Palestine and the dear Quds," Rowhani said in remarks broadcast on state television. He pledged allegiance to the Palestinian cause and rejection of Israel as a Jewish state, an unfaltering cornerstone of Iranian foreign policy since the 1979 Islamic revolution toppled the US-backed shah.

Germany said on Sunday it was waiting to see if new Iranian President Hassan Rowhani's pledge to engage more constructively with the international community signalled a new readiness for talks. Foreign Minister Guido Westerwelle said Germany was ready for "substantial" discussions and would gauge Iran by "its actions".

Berlin "attentively" followed Rowhani's speech on assuming Iran's presidency on Saturday and "in particular the readiness expressed in it for international cooperation", the minister said in a statement. "We will closely follow whether that is the start of a constructive willingness to talk. We are ready for substantial discussions. "We will gauge Iran by its actions," he added.

The moderate cleric, vowed to work to ease crippling Western sanctions imposed on the Islamic republic over its controversial nuclear programme. On Friday, Westerwelle said he hoped for progress in the dispute over the programme after Rowhani took over, telling German news agency DPA that his inauguration offered an "opportunity" to clear the impasse but that "deeds not words" counted. "We will seek dialogue with the new government, first on the level of civil servants then perhaps on the minister level," he said Friday.

A senior Western diplomat said last month that the so-called P5+1 group of global powers negotiating with Iran hoped to see a new team appointed "soon" in Tehran so talks on the nuclear programme can resume "as soon as possible." The remarks came after a meeting in Brussels of the five permanent UN Security Council members Britain, China, France, Russia and the US plus Germany, their first get-together since Iran's June vote. Iran is accused by the West and Israel of seeking to produce nuclear weapons under the guise of a civilian atomic programme. Tehran denies this. – AFP