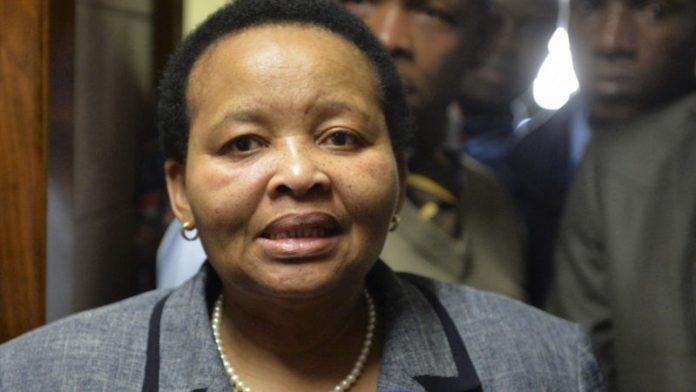 What more can be said about the department of women, children and people with disabilities? *Big breath*

Its name has been mocked so often that it has now become a bit of a cliché to call it the department for everyone except able-bodied men. Everyone’s made that joke, got the T-shirt and moved on, except the DWCPD, as they call themselves in their catchier moments.

Speaking of catchy, have you heard their slogan for this women’s month? "A Centenary of Working Together towards Sustainable Women Empowerment and Gender Equality." Note how they’re careful to get the "working together" bit in there, a mainstay of ANC slogans. And don’t ask what unsustainable empowerment looks like. Because it certainly wouldn’t be a department that seems to rouse itself once a year and flood journalists' inboxes with endless programmes for the month of August before receding into a mysterious somnolence once again.

Since Women’s Month kicked off, I’ve had up to three statements a day from the department. For the rest of the year, I forget I’m on their mailing list – that’s how quiet they become.

The latest statement, a calendar of events for the month of August, was a real treat. An excerpt:

While I applaud their attention to the young, it’s anyone’s guess what a sea ferret is. "Is that like a girl scouts thing? Like brownies? Seals?" asked one of my colleagues suspiciously. Another colleague Wikipedia-ed it, and found that it could refer to a military drone and/or a weapon of semi-mass destruction launched from covert submarines beneath the ocean. Or both. Terrifying images of little girls being launched into the air filled my mind.

But this business of Women’s Month press releases ad nauseum is nothing to be sneezed at. The DWCPD has listed sending press releases as one of their achievements, according to a scathing parliamentary report put together by a committee tasked with monitoring the department, after a visit to the department.

According to a Daily Maverick article, the committee was disgusted at how dirty the department was, the lack of computers and the stacks of files on the floor given the lack of filing cabinets. The light in the toilet for the disabled had, ironically for this department, not worked for a year. Further cause for concern were wildly fluctuating targets and achievements, which changed between reports.

The most interesting thing for me, however, was following the money.

According to the report, last year’s financial report indicated that the department spent R25 million on retrenchment packages, which was shared by just four people according to one opposition MP – who also pointed out that at the time of the pricey retrenchments the department and those working in it had only been at it for about three years.

In those three years, a further R14-million was spent on performance bonuses. Xingwana reportedly explained that this all was a "printing error".

The Daily Maverick has previously reported that nearly one third of all staff in the department appear to earn on average R1-million a year. "This would represent a greater ratio of millionaire staff members than the departments of health, education and treasury," they point out in their damning take on the department’s budget vote speech.

Other depressing news is the fact that the department doesn’t seem to have achieved much that can’t be attributed to another organisation. There are a large number of vacancies and lack of skills in the department, according to Xingwana, despite the exorbitant pay, and one report said Xingwana spent over R2-million decorating her office. She also stood accused at one point of fits of rage and mass nepotism, corruption and mismanagement of the department.

Every year, Women’s Month rolls by with the usual chorus of complaints from columnists like me. I’m tired of talking about it, tired of laughing at the department and most of all, I’m tired of despairing over the tokenism of the month.

But these latest revelations are a slap in the face. In the Mail & Guardian’s scorecard, Xingwana scored an E. But it’s not just her. The department itself is a wonder: a sleepy and bloated creature whose money would better be spent on funding existing researchers and activists. You know, the sort who work on issues related to “women, children and people with disabilities” 12 months a year – not just in August.