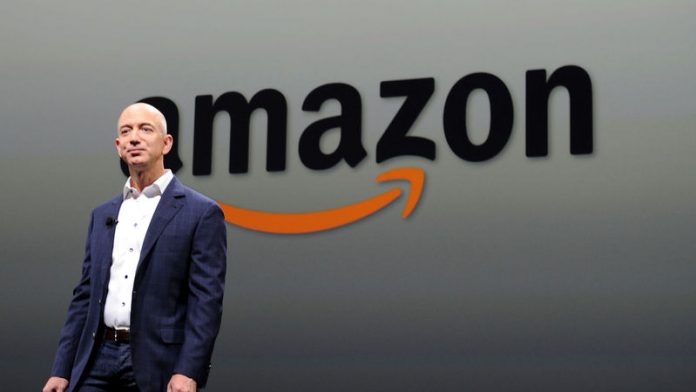 Amazon founder Jeff Bezos will buy the Washington Post newspaper for $250-million in a surprise deal that ends an 80-year ownership of the paper by the Graham family and hands one of the United States's most influential publications to the businessman whose internet company has transformed retailing.

Bezos, hailed by many as technology visionary, called his acquisition a personal endeavor and reassured employees and readers of the 135-year-old newspaper that he will preserve its journalistic tradition, while driving innovation.

The acquisition, the latest in a flurry of deals for print publications, including the New York Times Company's sale of the Boston Globe for $70-million, is a another sign of the unprecedented challenges newspapers face as advertising revenue and readership decline.

Shares of the Washington Post Company climbed more than 5% to $599.85 after the announcement – their highest level in almost five years.

Chairperson and chief executive of the Washington Post Company, Donald Graham, said in an interview that he and his niece Katharine Weymouth, Washington Post publisher, made the decision to put the newspaper up for sale earlier this year after looking at its financial forecasts.

"For the first time in either of our lives we said to each other: is ownership by the Washington Post Company the best thing for the newspaper? We could keep it alive, that wasn't the issue. The issue was could we make it strong?"

'Unlikely buyer'
Graham and Bezos discussed the deal at two meetings in Sun Valley, Idaho during the annual Allen & Company media and tech conference in July. The investment bank had been retained earlier in the year to gauge potential buyer interest, and is now the banker on the deal.

Graham's company had talked to several other potential buyers about selling the paper.

"I named a price and Jeff agreed to pay it," said Graham, who initially thought Bezos would be an unlikely buyer. "To my surprise, when [Allen & Company] said they would call him, I said that would be great but I didn't think he would be interested."

The investment bank ended up advising on the deal.

At a meeting in January, Graham said longtime friend and former Washington Post Company board member Warren Buffett referred to Bezos as the best chief executive in the United States for his technology and business acumen.

"I asked [Bezos] why he wanted to do it and his reasons are the best ones: he believes in what newspapers do and what the Post does and that it's important to the country," Graham said.

Inevitable change
The Amazon chief executive took that message directly to employees in a letter posted on the newspaper's website.

"I understand the critical role the Post plays in Washington, DC and our nation, and the Post's values will not change," Bezos wrote in the letter.

"There will of course be change at the Post over the coming years. That's essential and would have happened with or without new ownership," Bezos added. "We will need to invent, which means we will need to experiment."

In addition to the newspaper, Bezos gets other publishing businesses, including the Express newspaper, The Gazette Newspapers, Southern Maryland Newspapers, Fairfax County Times, El Tiempo Latino and Greater Washington Publishing.

An auspicious history
The Washington Post is the seventh largest daily in the US and was the paper in which journalists Bob Woodward and Carl Bernstein broke the "Watergate" story that led to the resignation of President Richard Nixon in 1974.

While its legend and status loom large, the Washington Post represents only a fraction of the company which has expanded into a stable of holdings, including education and healthcare services and, most recently, industrial supplies. The collection of companies that make up the Washington Post Company is akin to that of Warren Buffett's BerkshireHathaway, which owns disparate businesses from railroads to underwear, as well as a stake in the Post.

And yet, the Washington Post suffers from the same hurdles besieging big city newspapers across the US. The company's newspaper division reported an operating loss of $49.3-million for the six months ending June, compared to a loss of $33.2-million during the same period last year.

Weymouth, who will continue to serve as the paper's chief executive and publisher after the sale, said she did not think there was a "magic bullet" to resolving the paper’s problems, but that the resources Bezos brought to the table were a plus.

"He's smart and innovative and has access to a lot of smart people," she said.

Changing media landscape
Bezos, who has built Seattle-based Amazon.com into a shopping and online technology force over the last two decades, made a small foray into media earlier this year with an investment in internet news site Business Insider.

Bezos is the world's 19th richest person with a fortune of $25.2-billion, according to Forbes. His investment vehicle, Bezos Expeditions, is invested in a number of companies including Twitter and Business Insider.

His major personal project is called Blue Origin, which aims to be one of the first non-government funded ventures to send people and cargo into space, potentially winning lucrative contracts that were once fulfilled by NASA.

Bezos has already spent millions of dollars on this project, with millions more in the pipeline.

He did not elaborate in great detail on his motivations behind his latest deal, which caught many industry watchers by surprise. He does not play a prominent role in politics but has been described by friends as holding libertarian views. He and his wife did make public a $2.5-million contribution to a Washington state campaign to legalize same-sex marriage last year.

The deal comes on the heels of near-unprecedented media deal activity this year, with the Globe transaction announced just over the weekend, News Corp spinning out its newspapers, and the Tribune Company hiving off its publishing business like the Los Angeles Times and Chicago Tribune from its broadcasting division.

"It will be interesting to see, is this the first step in the transformation of the business?" said John Miller, senior vice president at Chicago's Ariel Investments, a top-10 investor in the Washington Post. "The board is making the right decision. They obviously felt like it was a good deal. It will be interesting to see how they allocate capital going forward." – Reuters

Plutocrats in high orbit: Whether Musk or Bezos win the space race, we all lose